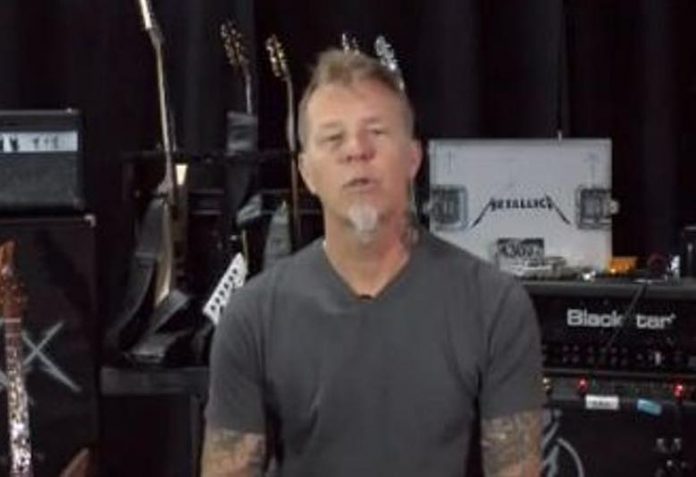 Metallica has a massive fanbase across the globe but it seems The 1975’s Matt Healy is not a fan of the legendary band. When promoting their most recent album Being Funny in a Foreign Language, Matt Healy had some pretty harsh things to say about Metallica, calling them one of the worst things he’s ever heard.

As the interview shifts to talking about nostalgia, Healy starts to mention bands and artists that are getting a lot more exposure after the fact, bringing up Stranger Things and the way they have boosted Kate Bush’s career with “Running Up That Hill.”

After the interviewer brings up Metallica’s “Master of Puppets” being used in the season finale of the show, Matt takes some time to rant saying “f*** yeah I’m a Kate Bush fan {but} I f**king hate Metallica. My worst band of all time.”

While it’s easy to listen to some of the 1975’s material and see how they aren’t necessarily bowing at the alter of all things Hetfield, Matt at least has some respect for the more aggressive side of rock, making songs like “People” that seem to have an industrial edge behind it rather than the bright and glittery pop music that they were known for.

In fact, his staunch anti-Metallica stance is that much more confusing given that Healy himself is a self-proclaimed metalhead who likes Slayer:

“Yeah, I’ve always been a big metal fan. I was never into Metallica, I liked Slayer and bands like that. Stuff that I was into was bands like Converge, Glassjaw, the more post-hardcore kind of stuff.

I was super into Poison the Well and, I mean, Refused are probably my favourite heavy metal band of all time, that was a big deal for me. It was in the Despair collection, the AFI fan club, and all that kind of stuff.”