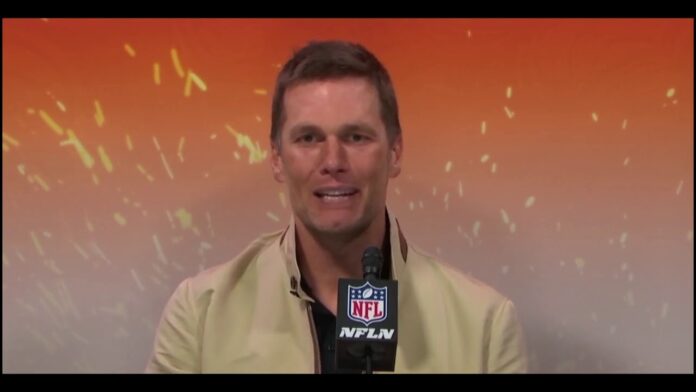 Matt Buschmann recently joked and he has some regrets following that. Buschmann, who is the bullpen coach for the Toronto Blue Jays. He had caught Aaron Judge’s 61st home run ball — which tied Roger Maris’ American League record — and returned it to the slugger instead of cashing out in an auction.

A former MLB pitcher who appeared in three games for the Diamondbacks in 2016, Buschmann is also married to Sara Walsh, the former ESPN “SportsCenter” anchor who now covers the Buccaneers for NFL Network.

Walsh made the trip to Munich for the Bucs’ game against the Seahawks this past Sunday, and interviewed Tom Brady on the field after Tampa Bay’s victory.

“Maybe I should’ve hung onto that HR ball…” Buschmann joked on Twitter on Monday, sharing a photo of his wife speaking to the newly-single Brady.

Walsh had jokes of her own when Buschmann caught the ball in late September and returned it to the Yankees.

“Oh cool. He just handed that back without checking to see if our house is still here? I’d next like to announce our divorce,” Walsh tweeted.

Meanwhile, Cory Youmans, the man who caught Judge’s record-setting 62nd home run ball, announced on Thursday he was putting the ball up for auction — after turning down a $3 million offer.