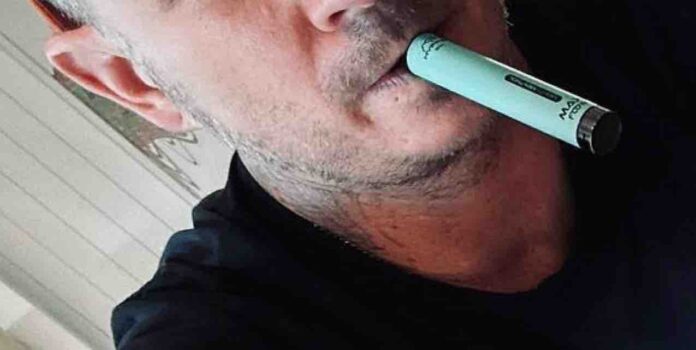 Blink-182 member Tom DeLonge recently revealed his new look. A picture has emerged on social media that saw him donning a buzz-cut look. It seems he shaved off his head. Tom DeLonge is officially back with Blink-182 and it was noted that Matt Skiba has been let go. Reports have emerged that Blink 182 is set to perform at Lollapalooza Brazil in 2023, likely with Tom DeLonge back. Lollapalooza Brasil 2023 is getting closer and fans are eagerly waiting for the official announcements.

The event promises to have “the best line-up in the festival’s history” and it is quite possible that the three headliners have already been decided. Q101 has doubled down and stated that they were blowing Live Nation’s ‘nut’ on an upcoming Blink-182 tour announcement.

Matt Skiba has revealed that he wrote “almost a whole album” of new material with Blink-182 before he left the group. The Alkaline Trio vocalist joined Blink-182 in 2015 following the departure of guitarist Tom DeLonge. Skiba recorded two albums with the group – 2016’s ‘California’ and 2019’s ‘Nine’ – before leaving earlier this year to make way for DeLonge’s return.

Now, Skiba has revealed that Blink-182 were working on a follow-up to ‘Nine’ that was scrapped following Mark Hoppus’ cancer diagnosis.

Speaking to Vulture, Skiba said: “There’s almost a whole album’s worth of stuff. It was supposed to be an EP, and it just kept going, and going. And now we have, I don’t know if they’re just going to get scrapped, but there’s eight or nine brand-new Blink-182 songs that are done. We basically finished those, and then Mark was diagnosed, if I’m getting the timeline correct.”

“I hadn’t even thought about those recordings. But I have them. They’re good songs. I’ll keep them a secret. I’ll keep them safe forever. But we’ll see. I don’t know, maybe they’re something that we could open up and look at differently, or it’s something that’ll come out later, I have no idea,” he continued.