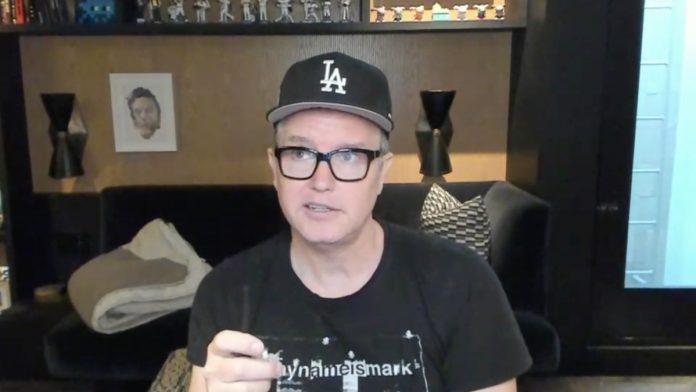 Mark Hoppus joked about Tom DeLonge getting kicked out of Blink-182 ‘every few years’ in new social media posts, just after the band fired Matt Skiba for DeLonge’s return.

He wrote, “Tom is a best friend/confidant/soul mate. He and I spent the whole day yesterday laughing. We all did. Blink is in a really good place.”

He added, “That said, he has to get kicked out of the band every few years.”

Tom DeLonge is officially back with Blink-182 today and it seems Matt Skiba has been let go.

Blink-182 has some major plans ahead