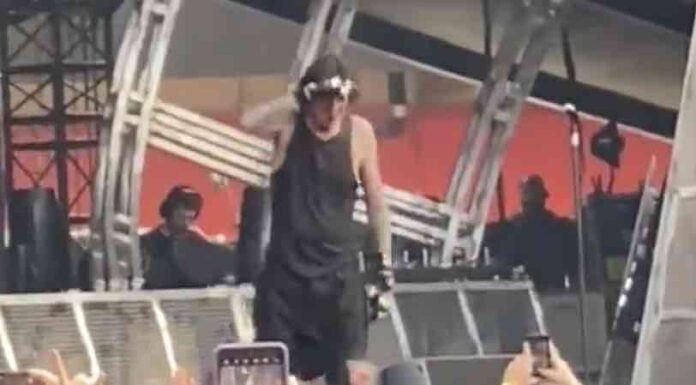 Tommy Lee has announced he has broken four ribs, and Motley Crue will have a temporary replacement on the Stadium tour.

Breaking News: Motley Crue’s Tommy Lee takes the stage at The Stadium Tour but mid-set goes to the mic and says after 2 and a half years of waiting for this show he broke a few ribs recently and the doctors told him not to play. He promised to perform anyway #TheStadiumTour pic.twitter.com/VjKj9bVQMs

Apparently, Tommy Lee came out for 3-4 songs and was replaced at tonight’s Stadium Tour opening night show. Here are the texts I received. pic.twitter.com/sdcG0kGqxa

Utopia founding member Todd Rundgren have been one of 1970s true musical innovators and established himself as a legend over a period of about ten years. Rundgren had recorded tons of exploratory and synth-driven albums throughout the 1970s and ’80s. He cherishes meeting the legendary Pink Floyd guitarist David Gilmour.

Todd Rundgren opens up on his meeting with David Gilmour

Rundgren has been creative and was bound to dive into the world of synthesisers. His forward-thinking attitude was common among progressive rock bands like Pink Floyd. In an interview with Rolling Stone, Rundgren recalled meeting Floyd guitarist David Gilmour for the first time, remembering how the pair bonded over their shared fascination with synth technology.

“The first synthesiser I owned,” Rundgren began, “I was in Manny’s Music in New York City. And inside the case was a synthesiser by a company called EMS out of England – Electronic Music Systems. And it was the only synthesiser they had in the store, and I took it home. And a couple of weeks later, a month later, I got a call from Manny’s, and they said ‘uh, there’s this guy in here from Pink Floyd, his names Dave Gilmour and he’s interested in a synthesiser, but you’ve got the only one that we had, so can we connect you two guys.”

Rundgren obliged, “And so Dave came down to my apartment, and we fiddled around with my synthesiser for a couple of hours. And that’s how I met Dave Gilmour.”

Pink Floyd were introduced the world of EMS synthesisers by Delia Derbyshire, the pioneering electronic musician who crafted the Doctor Who theme. She took Gilmour and co to Putney studios to meet lead technician Peter Zinovieff and test out the VCS3, which would become a key element of Pink Floyd’s pioneering sound.

Rundgren also cemented himself as one of the most successful producers of his day, working as an engineer on classic albums like Grand Funk Railroad’s We’re An American Band (1973), the New York Dolls’ self-titled 1973 debut, the Tubes’ Remote Control (1976), Meatloaf’s Bat Out Of Hell (1977), Patti Smith’s Wave (1979), and XTC’s Skylarking (1986).