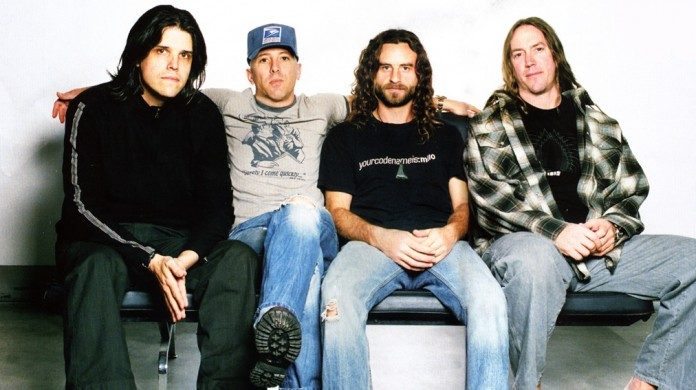 According to a new report, it appears that Tool have flown to Portland, Maine to begin mastering their long awaited new album with Bob Ludwig, who has previously worked with the band. Ludwig owns a record mastering facility in Portland, Maine, named Gateway Mastering Studios, Inc.

Interestingly enough, Of The Trees, a group from Portland, Maine, wrote on Facebook yesterday, “Just met Tool at the airport… 😭😭😭😭😍.”

Blair wrote in the official Tool newsletter last week, “First to the band: Once the album is mixed to everyone’s satisfaction, SHOULD they once again call upon Bob Ludwig’s mastering services (and I DON’T KNOW if they will, having not glanced into the psychomanteum chamber at my resort style living apartment complex – so kindly IGNORE this, on-line metal rags!), once the process is finished and (IF) the guys gather with bibs at the table for a celebratory feast of Maine lobster (Oceanum scorpionem) and schooners of ‘Grateful Grain’ beer, perhaps the crustaceans with cute nicknames like Larry Bobster and Red McCrackle should be sedated by marijuana prior to being boiled alive in the kettle.

I actually received the news that some chefs in the Pine State are hotboxing cannabis to the invertebrates from Matt ‘Hellboy’ Smith, who passed along a link in anticipation (or concern) that the band might be headed to Maine at some point. ”