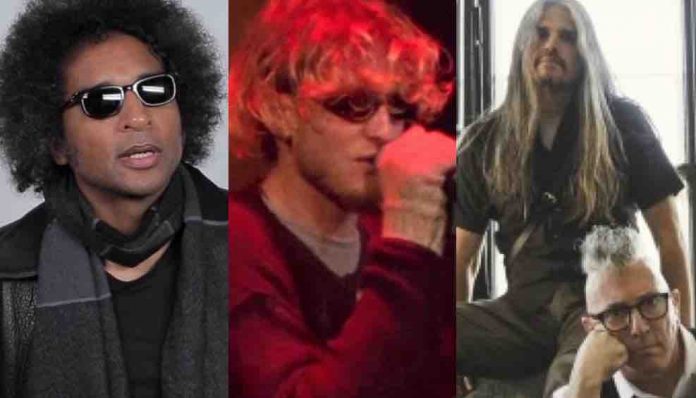 Beatsbyaaron posted, “Tool fans are so sketchy about these posters. Got a signed one last night in ATL and was wrapping it up in a tube. While I was doing that, had a couple groups of 2-3 people come up and ask me mad questions about the poster. wanting to see it, ect.

While walking around had a guy ask me to take it out and show it to him, and then people asking me how much I paid for it and where they were at. Everyone was being super weird and asking questions that all you needed to do was look at the merch stand. Be careful of sketchy people while walking around these shows with posters, people are weird.”

111oxine responded, “That happened to me as well. Was standing at a table nowhere near a merch booth having a drink with my friends (2 girls), and these four dudes just wandered up and started talking to us about our posters. Wanted to see them, etc.

3 of my other friends (guys) finally got their drinks and walked over, and the strangers offered to take our picture and shit, eyeing our posters the whole time, and left as soon as the guys walked up. It was sketchy as f**k.”

Mogwai10 commented, “I think they’re more likely than not just looking to talk to other people about the merchandise rather than looking at it and asking someone at the stand and interrupting their work flow and get in the way. I wouldn’t take this post so seriously. The odds someone does something to you in front of others in the concourse is pretty low. Especially with police around every corner.” Maynard James Keenan just called out Grammys disrespect.