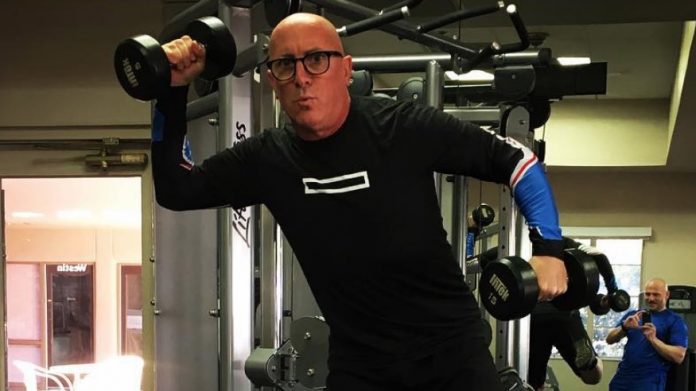 Maynard James Keenan discussed the differences between working with Tool, A Perfect Circle and Puscifer in a new It’s Electric interview with Metallica drummer Lars Ulrich. When asked about how he navigates between the three acts, he said (transcribed by Ultimate-Guitar):

“I don’t have to. It’s no different than… Think about it like when you sit down with your parents, your best friend, and the guy you can’t stand.

“So with that music coming at you, since the music comes first, that’s an easy transition for me because I’m reacting to what I’m hearing. I don’t have to bring a different me to this project, it’s just different and I just have to react differently to it.

“My stepmother was an English teacher, so as you can imagine she was very adamant about grammatical structure and storyline and having other teachers beyond her that were very militant about the arc of a story and how it works. So I try my best to – in all songs – think of those literary movements. So I feel like the lyrics are as important as the melody and in that respect it has to be some arc to it and a callback to whatever book end of that subject mater is to make it be a complete story on its own.

“And then the trick half the time is like, if you’re writing an album, making sure that that subject matter in some way… It’s almost like if you have 10 songs or 12 songs on your album, kind of thinking of them in terms of characters in a play. So you don’t have to restate the same story twelve times, you can kind of think of it in terms of being twelve cast members and each one has its own personality and they somehow intersect.”

You said your parents, your best friends, and the person you can’t stand. Which one of the three projects s who?
“Wow… Oh, did you hear a goat? I heard a goat…

“I think all three of those people are present in all three projects.

“I’m not dodging a bullet there. Yes I am. Obviously.”