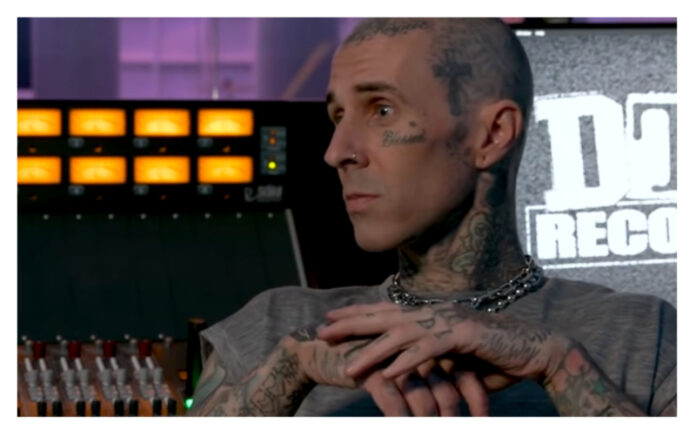 Travis Barker has dropped some sad hints for the Blink-182 fans. It has been noted that he has just stopped following the band on Instagram. Reports had emerged that Blink 182 is set to perform at Lollapalooza Brazil in 2023, likely with Tom DeLonge back.

Lollapalooza Brasil 2023 is getting closer and fans are eagerly waiting for the official announcements. The event promises to have “the best line-up in the festival’s history” and it is quite possible that the three headliners have already been decided. Q101 has doubled down and stated that they were blowing Live Nation’s nut on an upcoming Blink-182 tour announcement. Fans are speculating that a huge announcement will be made soon.

Famous source of news about concerts in Brazil, journalist José Norberto Flesch has already announced four very important attractions for the new edition of the festival that takes place at the Interlagos Circuit, in São Paulo, on March 24, 25, and 26, 2023.

The first announcement – ​​which was made by columnist Leo Dias and confirmed by Flesch – was that of Billie Eilish, who had her debut in Brazil postponed due to the pandemic and may finally arrive in the country as one of the main attractions of the event.

Then, in line with the statements of the director of Lolla Chile who promised bands that never came to the continent, came the information that Blink-182 will make their first tour of the country as part of the event. A few days later, it was Paramore‘s turn to be announced, but the band is not expected to headline