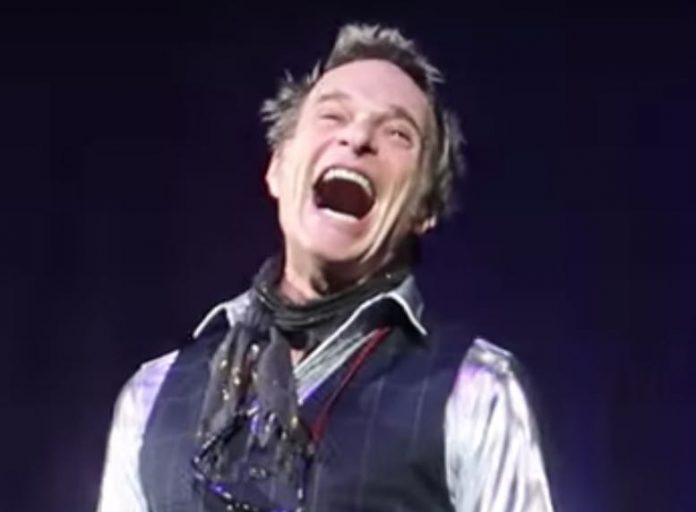 Wolfgang Van Halen revealed that he has no plans to reunite with David Lee Roth on his debut Mammoth solo album, or to have Sammy Hagar sing any songs on the record.

A fan asked Wolfgang, “Will Sammy and/or David both sing on it at anytime?” Wolfgang shot back, “*inhales deeply* ……..NO.”

Wolfgang did have hopes to open for the original Van Halen lineup with Sammy Hagar last year, but sadly it never happened due to his father Eddie Van Halen’s failing health.

Wolfgang told The Oakland Press, “I had spearheaded the plan to get Mike (Anthony) back and I could open for the tour, ’cause dad still wanted me to be part of it somehow. I think once we talked with (manager) Irving Azoff he kind of went off and talked to Mike before I had the chance, ’cause the plan was for me to hit him up just like I did with (David Lee Roth’s) manager in ’07, or ’06.

As Dad and I kept talking about it, we kept going back and forth, ‘Y’know what would be really cool is we just got everybody in there (including Sammy Hagar) and then we jokingly started calling it the Kitchen Sink Tour. I think it would’ve been crazy and fun and exciting. It’s a bummer we never got to do that.”