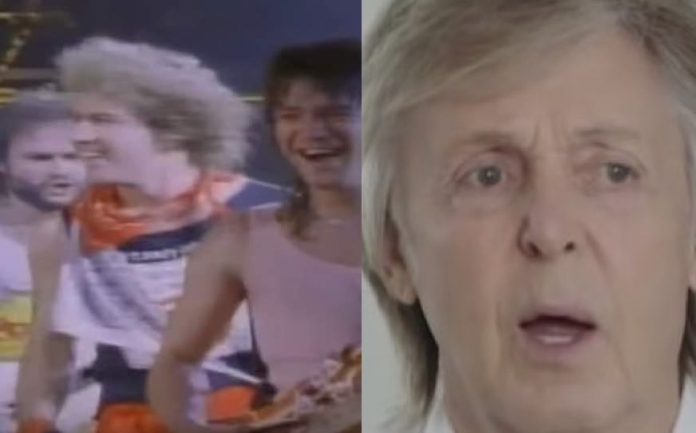 Former Van Halen frontman Sammy Hagar discussed his debut album with the Circle ‘Space Between’ in a new Forbes interview, which is a concept album about money and greed, and he said that Paul McCartney’s Band on the Run was a major influence.

Inspired by records like Paul McCartney’s Band on the Run and Pink Floyd concept albums like Dark Side of the Moon and The Wall, Hagar set forth to create the first concept album of his nearly fifty year career – a studio album that may be his last.

“This is a story about a long philosophy – it’s about money, greed, enlightenment and truth,” said Hagar of a character that changes as each chapter of the story unfolds song-by-song. “It’s about the misconception that money is the root of all evil. And what can happen to someone when they get caught up in greed but then have an enlightenment and come around to the truth: the truth of the matter is that greed is the problem.”

His familiarity with the opposite ends of that spectrum equip with him the life experiences necessary to explain the concept that defines Space Between.

“I just wrote the chapters one at a time. I feel like I accomplished one of the biggest tasks I’ve ever bitten off in my life,” said Hagar. “There’s too much greed out there, man. I think the world needs to hear this right now,” he said noting the relevance of the album’s message in today’s world.