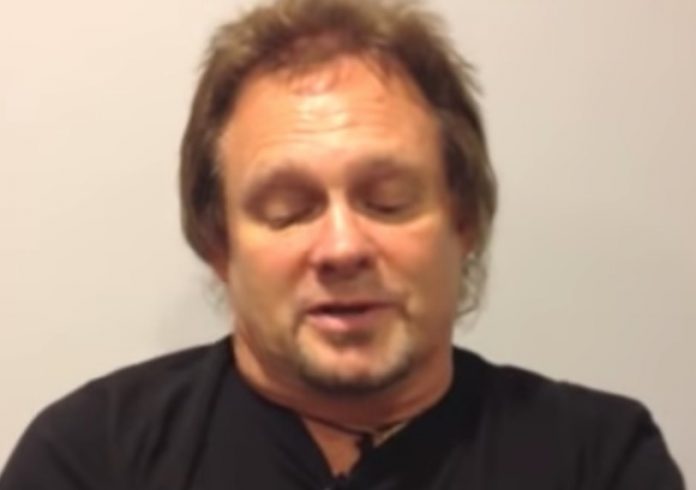 Eddie Van Halen‘s son Wolfgang Van Halen was called a ‘spoiled brat’ by a fan and accused of ruining the original lineup with Michael Anthony’s legacy on Twitter.

Eddie Van Halen’s wife announced ‘the end’ of something last week. Cav recently looked back at ‘Fair Warning’ on VHLinks.com as the album is just a year and a half away from its 40th anniversary.

“Fair Warning -Where to begin…. This is a MONSTER & it will always be in viewed by VH fans as the”album you MUST hear. Weird analogy, but, I view WACF & FW as a double album…. the darker trend on these 2 albums is very clear & epic. Think Godfather 1 & 2…. Just one GREAT movie in my eyes. So, here we go…

Mean Street – Guitar tapping intro from that continues Edwards genius & ability to rewrite the book on all things guitar. In Lieu of Eruption, i’d never heard anything like this
Then, the actual song riff is another super cool Ed moment…. the main riff is so bad ass…. boogie , blues – brown sound … guitar heaven. Roth is at his best in this time period… Vocally, Lyrically…. F’ning’ A baby, this is the goods that CVH peeps are referring to when they recall the “Good ol’ Days… 100% amazing.

Dirty Movies – Ed, Al, Mikey, mellow intro…. is that a slide guitar in there?
Roth jumps in and their off…. Filthy – Nasty stripper tune… the dark side of Hollywood, I guess..dark rock & it’s amazing…. ‘Hey, you remember when that girl was prom queen.’

Sinner Swing – Killer guitar riff – Roth jumps right in…. It seems that Ed can keep coming up with an endless array of amazing riffs & tasty fills. I love Mike’s vocals & bass work. He was PERFECT for this band in every way. This is about the time Billy Sheehan was approached to come on board. Love Billy, but …. Mike is the right guy for VH all day long..

Hear About it Later – Another mellow intro… that builds to a mid-tempo groove… Roth couldn’t miss with his lyrics & melodies on FW. Mike’s background vocals are the right spice for all things VH. Mike is the secret weapon in a band of heavy hitters…. love this tune.”

He later concluded, “Bottomline – Fair Warning is 5 Stars & my guess is – I’m preaching to the Choir on this VH site… It’s all been said before. Thank you VH for placing this LP at our feet…. EPIC !!” A Van Halen member leaked a brutal 2020 lineup photo a few days ago.