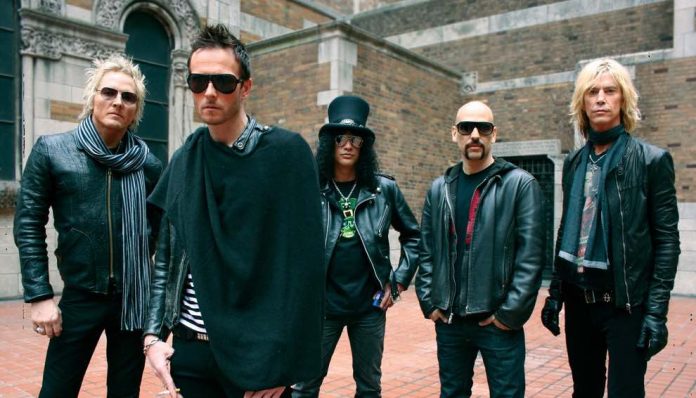 In a new WRIF interview, Velvet Revolver and Guns N’ Roses icon Duff McKagan discussed the death of his fellow brother in arms, Scott Weiland, and how his death affected him. During the interview, he brought up in particular how he tried during a period of time how he used an unorthodox method to get Scott clean.

He also reveals what he told Scott during the relapse that ended up eventually killing him. Alternative Nation transcribed the comments of Duff below when he discussed how Scott’s deaths and others influenced a new solo song of his.

Duff: Yeah, so Scott’s death was a thing where he and I went through a lot. I don’t know if you know the story but before Velvet Revolver before [inaudible], he and I went to the Cascades Mountains for a month and basically did kung-fu.

Duff: That was for about a month and we got him off what he was on. Scott then started the band and then he got his family back and that was my intention. I have a wife and two girls, he asked me for help and I gave it to him.

I said if you’re ready for help I can give it to you but the way I got sober was through martial arts. We can do that. It worked, for a while, a good while, a couple of years and then seeing him kind of peel off of that was kind of sad to watch. I talked to him and said:

“Scott, this is only gonna go one place, you and I both know it. I got a lot of experience with (this kind of) meltdown as you know.”

Duff: We saw where that went with Scott. I didn’t really know where to place that in my whole thought process.