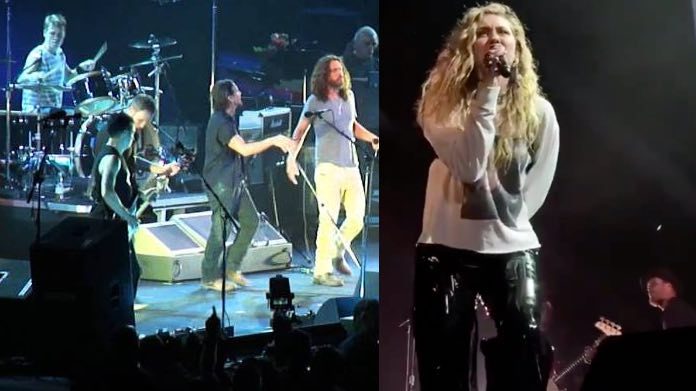 You never know what you’re going to get with Miley Cyrus but for alternative rock fans, she provided an interesting surprise. In an Instagram post this week Cyrus posted a beautiful photo of herself wearing a vintage Pearl Jam T-shirt, with a necklace covering Eddie Vedder’s face. Despite her full-fledged pop status, the singer seems diverse enough to handle rock.

A fan named Brian though wasn’t pleased with the bootleg shirt, preferring that Miley buy official merchandise from the Ten Club, tweeting, “What an ugly bootleg shirt!”

Earlier in the year, the pop singer provided a respectable version of Temple of the Dog’s “Say Hello to Heaven” at the Chris Cornell tribute concert. Despite the initial shock of realizing a pop singer who has little in ties to any of the rock genres would be used in such a crucial moment in rock history, fans were not as upset as they might have been had she mailed it in. Tribute concerts live on for years after and we’ll always remember once we witness them whether it be in person or not.

The artists don’t forget either and seeing Cyrus now in a vintage Pearl Jam T-shirt leads us to believe she hasn’t forgotten either since the majority of Pearl Jam was in Temple of the Dog. 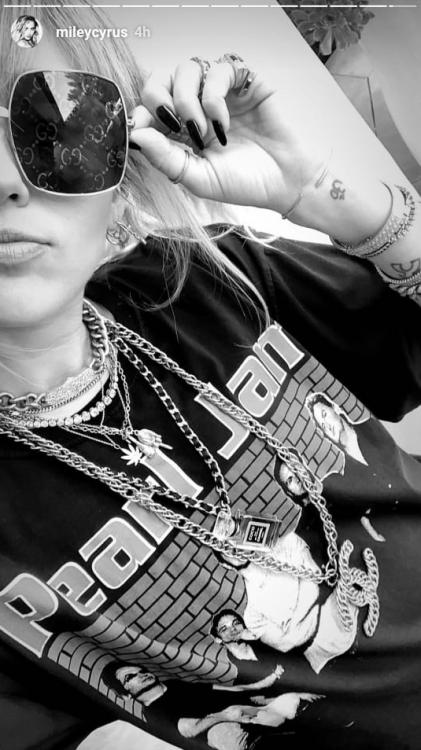 What an ugly bootleg shirt!