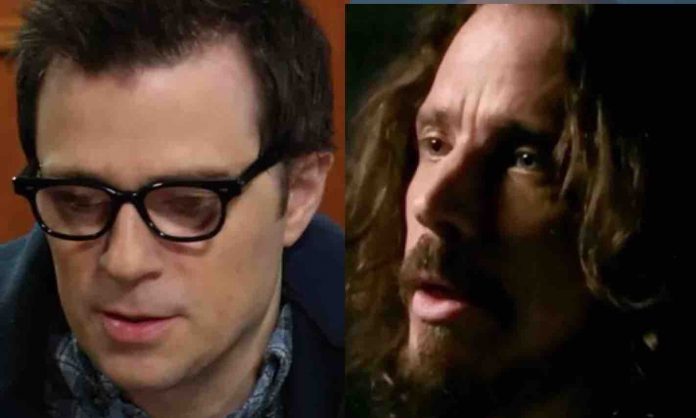 In a new EW interview, Weezer frontman Rivers Cuomo said that the band’s new song “Byzantine” was partly written in 1991, and is inspired by Chris Cornell and Soundgarden.

Are there any tracks, in particular, that you’ve been working on for a long time?

The way I write now, I have a folder of about 1,400 demos. And I look at it through a program called Mp3tag. I’ll be writing a song, and I’ll know: “All right, I need a bridge that’s at 132 bpm, in the Key of A-flat major, and the bridge needs to start on the two chord, and the melody needs to be on the fourth degree of the scale.” I press “Go,” and Mp3tag returns the ten matching demos I have.

Some of them extend back to my very beginnings in the early ’90s. I’ll give you one example: The bridge of the song “Byzantine” is from 1991, a very early-’90s grunge Soundgarden-type of song. But we reimagined it as this French-pop ’60s thing with a drum machine.

Your 2017 album, Pacific Daydream, was nominated for a Grammy, but its singles failed to chart as high as your 2018 cover of Toto’s “Africa,” which made the Hot 100. Was it frustrating to see that song perform better than your original material?

I’ve always thought of myself as an incredibly resilient songwriter. I’ve taken so many hits and had so many failures. And still, I wake up the next morning, and I’m super excited to get back to work. I have complete faith that the next song I write is gonna be a huge song, and the next album is gonna be a huge album, and Weezer is gonna be a big stadium band. In spite of the fact that that never comes true, I still have always believed it. The one thing I wasn’t prepared for was the pain of success, and by that I mean the pain of having huge success with a song [laughs] I didn’t write. So, yeah, that really has thrown me. And it’s taken me awhile to regain my faith.