Blink-182 bassist and co-lead vocalist Mark Hoppus recently trolled fans by posting a ‘real’ joke poster for a We Were Never Young festival, .

The fake poster is a spoof of the emo festival When We Were Young festival, set to be headlined by My Chemical Romance and Paramore.

Mark said about the When We Were Young Festival… 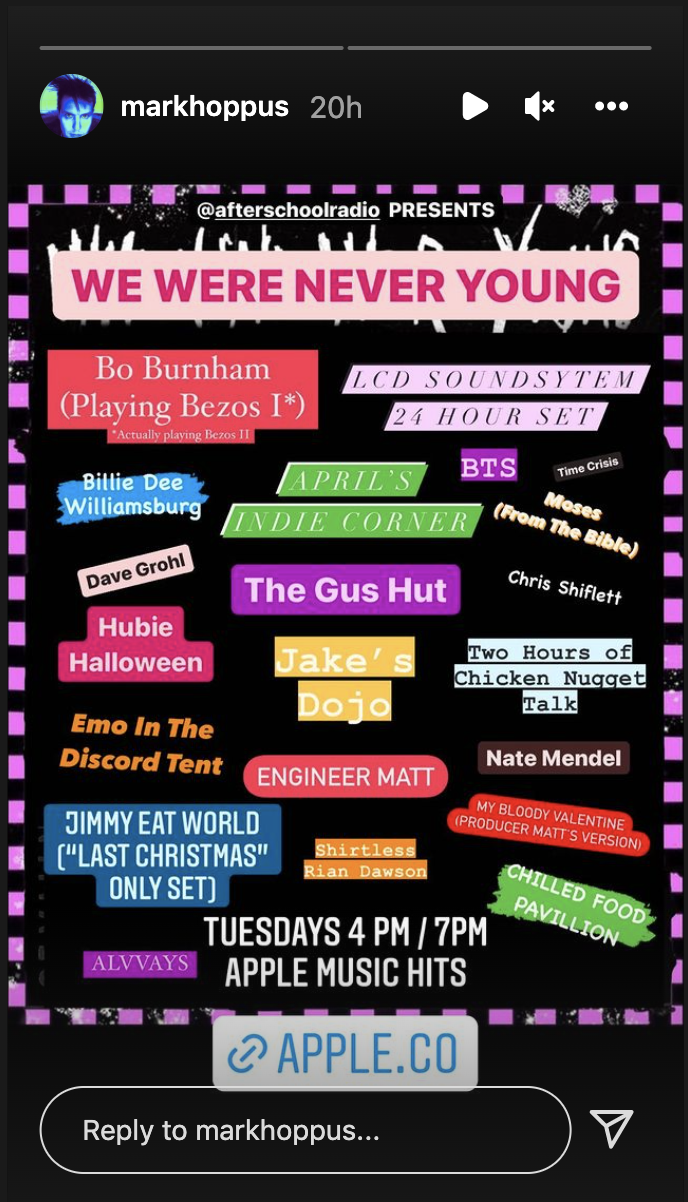 Blink-182 members Travis Barker and Mark Hoppus could be working in the studio together as images previously emerged with Hoppus’ guitar and bass being spotted in Barker’s studio. There is no indication if bandmate Matt Skiba is with them. It was also speculated that Mark Hoppus might have leaked a new Blink-182 singer.

Hoppus has also worked with Avril Lavigne on her new album Love Sux, which will be released on Barker’s DTA Records label. It is due out next month and features MGK, blackbear as well.

Hoppus worked in The American Pie movie that was released in 1999. It had become a huge hit thanks due to its hilarious jokes, but it also featured quite a few nods to 90’s pop culture, including an appearance from the rock band Blink-182. Beyond the cameo, which saw the band members watching an embarrassing webstream, the band also contributed the song “Mutt” off Enema of the State to the film’s soundtrack.

The American Pie franchise on a whole would prove to be a smashing success as well, as the original series, produced on a total budget of US$145 million, has grossed nearly a billion worldwide.