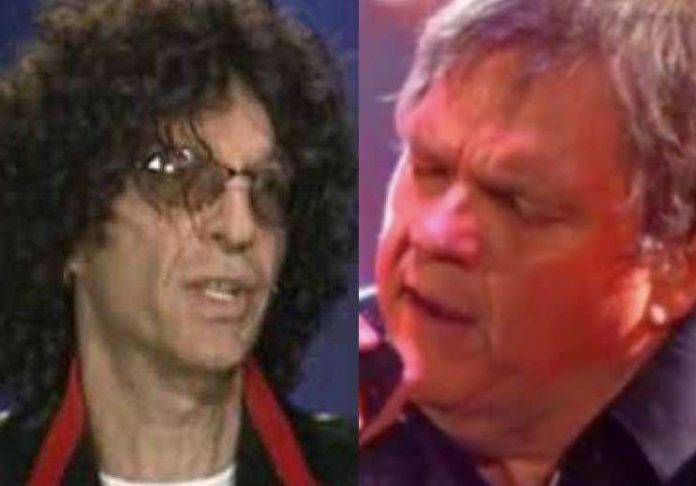 Howard Stern shared his thoughts on Meat Loaf’s recent death. He seemingly blamed it on his standpoint against taking the vaccine. The Grammy-winning American singer and actor, Meat Loaf, recently died at the age of 74. An official announcement was posted to his Facebook page. His last live show picture, which was from his performance on ‘Huckabee’ in September 2021, recently surfaced on the internet. It was his final live performance.

The cause of death is yet to be publicly revealed but TMZ reported last week that the legendary musician had been gravely ill with the corona virus.

Stern shared his take on Load’s death on his SiriusXM radio show. Stern said: “Poor Meat Loaf got sucked into some weird f****** cult. And somehow really believed that—he made a statement, ‘I’d rather die a free man than take that vaccine.’ And now he’s dead!”

Stern then called on Meat Loaf’s family to express public support for the vaccine, as a way of saying that the singer “made a mistake” by resisting to take the jab. He said: “I wish the family would come forward and say, ‘Ya know, when Meat Loaf was laying there in the hospital and he couldn’t breathe, he said, ‘I made a mistake. I should have taken the vaccine.’ Like all these anti-vaxxers, they all say, ‘I made a mistake.’ But they’re out there spreading [disinformation].”‘

It is not officially known if Meat Loaf was vaccinated against the virus, though reports highly suggest he wasn’t, but he was against the mandates. “I hug people in the middle of [the pandemic],” Meat Loaf said in an interview with The Pittsburgh Post-Gazette. “I understood stopping life for a little while, but they cannot continue to stop life because of politics. And right now they’re stopping because of politics.”

“Oh, God. We’re being controlled by everybody,” said the interviewer in reaction to his comments, prompting Meat Loaf to respond: “Yeah, I know. But not me. If I die, I die, but I’m not going to be controlled.”