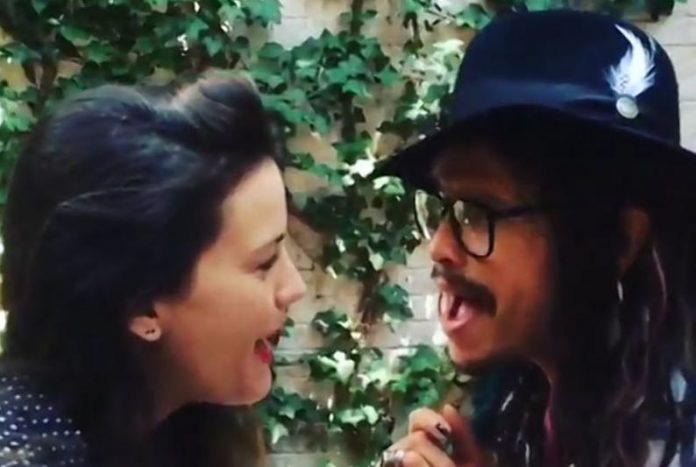 Steven Tyler‘s daughter, the incomparable Liv Tyler took to social media to showcase herself in this tantalizing video of her in a riveting robe that complements Liv’s backside quite nicely. You can view the video below. Steven Tyler disturbing claim revealed by female TV host.

In other news regarding Aerosmith and Steven Tyler, fans recently took to social media to revisit one of the band’s most underrated albums in ‘Get a Grip’. One fan wrote: ” I used to say harsh things about this album but now I think it’s good… really… REALLY GOOD! Sure I say it’s not as good as Rocks but a good chunk of the songs are awesome. My favorites were Get A Grip, Livin’ On The Edge, and Flesh. The white vinyl looks great, it’s very high quality not only in vinyl build but in sound as well. If you love this album but you don’t have it on vinyl, make sure you get this white copy before it goes away and people sell it for a high price.”

Steven Tyler ‘stealing’ from Aerosmith bandmate revealed. Whereas this fan put: ” I always enjoyed the earlier Aerosmith the best and still do but this one is a fine effort. I can say that it’s a great album of rock n roll and one of the better rock albums out that year in my opinion. It was a long wait between the classic ‘pump’ and this one. This may not be a classic but it’s got solid hooks and cool songs. It’s got great ballads and driving rockers too. The boys wouldn’t put out another studio release until ‘nine lives’ which is a good one but not as solid as this one in my opinion. They are finally putting out a new one in 2012 and that’s something to look forward too in spite of nineteen years between this strong release and it. I can say that as an Aerosmith fan that this one was more enjoyable to me than ‘done with mirrors’, and ‘rock in a hard place’ and those came before this one. So it was a high point for them.”

The fan continued: “This was a band still at their peak in many ways, and it was the third really strong release in a row. ‘permanent vacation’ and ‘pump’ being the other two peaks at that point. Like I said I love the earlier stuff better but this was still a fine point in the band’s history. Songs like the hit ‘amazing’ and cool ones like ‘line up’ just lay down some good rockin grooves here.” Steven Tyler makes a young woman cry in a photo.