Pearl Jam frontman Eddie Vedder recently asked at an Afas Live that he wanted to reunite with a woman who gave him a ride on her bike to his hotel room 27 years ago. The Dutch woman was later found, and reunited with Vedder backstage at a show. Her name is Valeska Custers, and she shared her photo with Parool.

“All the girls backstage went completely mad afterwards.” Custers kept her distance. “But then he approached me. ‘How do you like my new tattoo?,’ he asked. I told him I liked it. He was extremely shy, but I really felt a connection with him.”

Vedder wanted to get a drink after the concert and asked Custers to join him at Kafé België. “I declined because I wanted to help the members of City Pig Unit pack up their gear.” Once the instruments were loaded onto the van, Custers plucked up the courage and walked into the café. “He was sitting there with only girls again. He immediately saw me and pulled up a chair. That’s how I got to sit next to him.”

They talked for hours, and Custers wrote her address in his diary. At about 3 a.m., the rocker thought about getting to bed. “I offered to call him a taxi, but he asked: Do you have a bike? He wanted to ride on the back.”

Custers describes the farewell by the Hilton Hotel in Utrecht as awkward. “He was so shy and modest. That also made him so nice.” When they said goodbye, they shook hands and he kept waving at her as she cycled away.

Custers went home and to bed ‘with a wonderful memory’. “I still remember thinking: I’m not going to give myself to him. He’ll be somewhere else tomorrow and I’ll be one of the thousands of girls.” 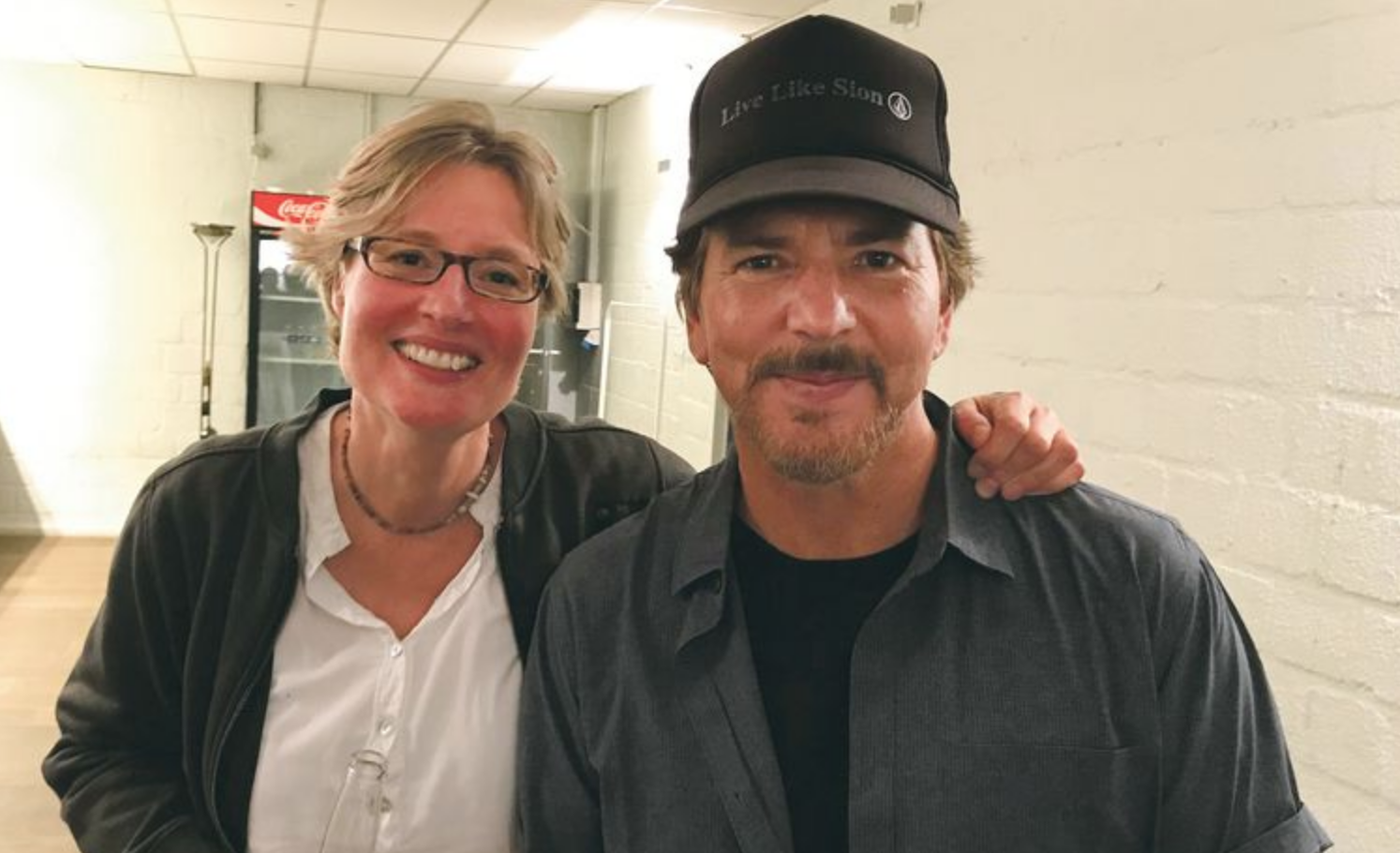