See photos below of Selena’s new look, followed by Biebs looking like Kurt. 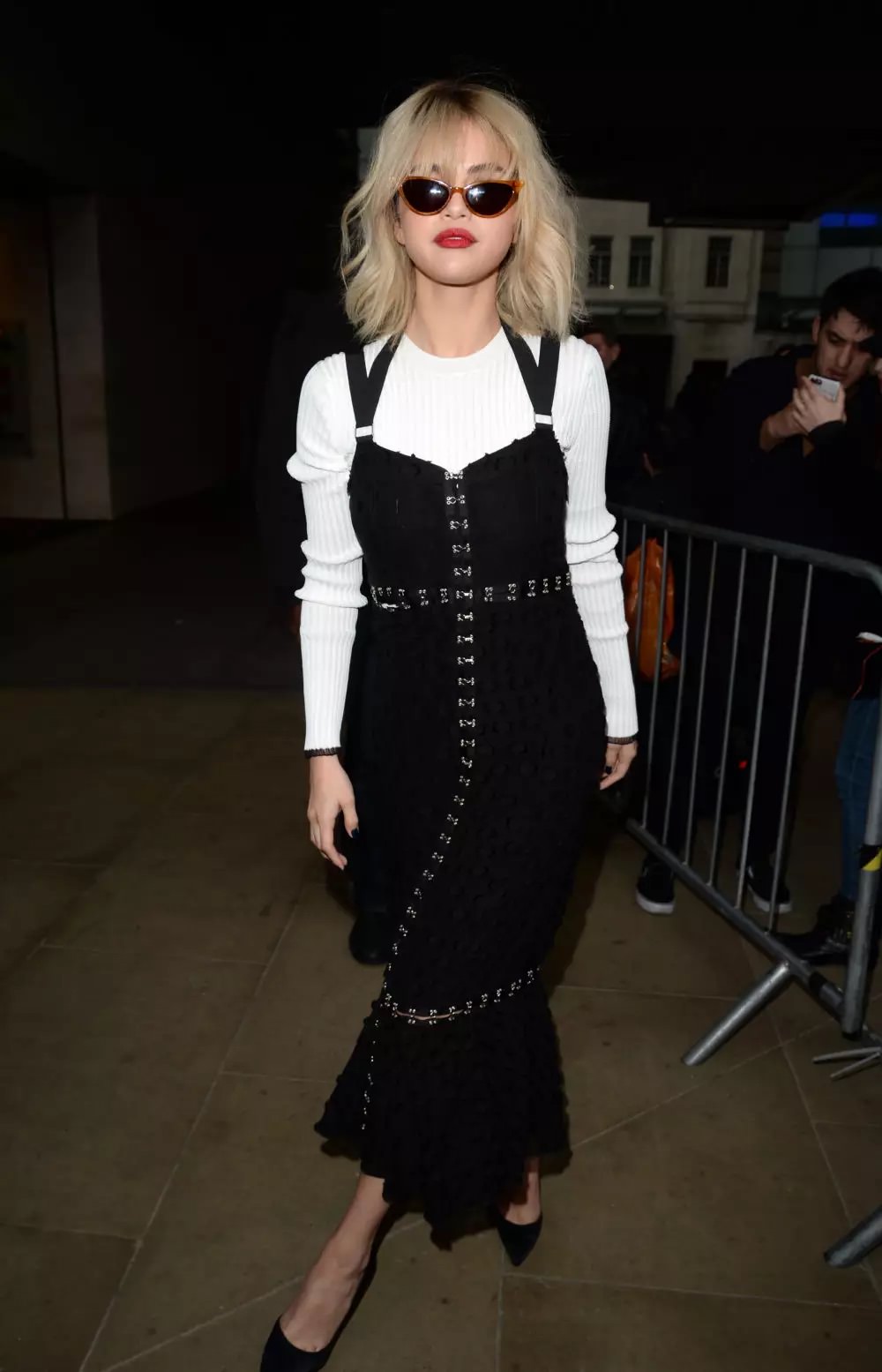 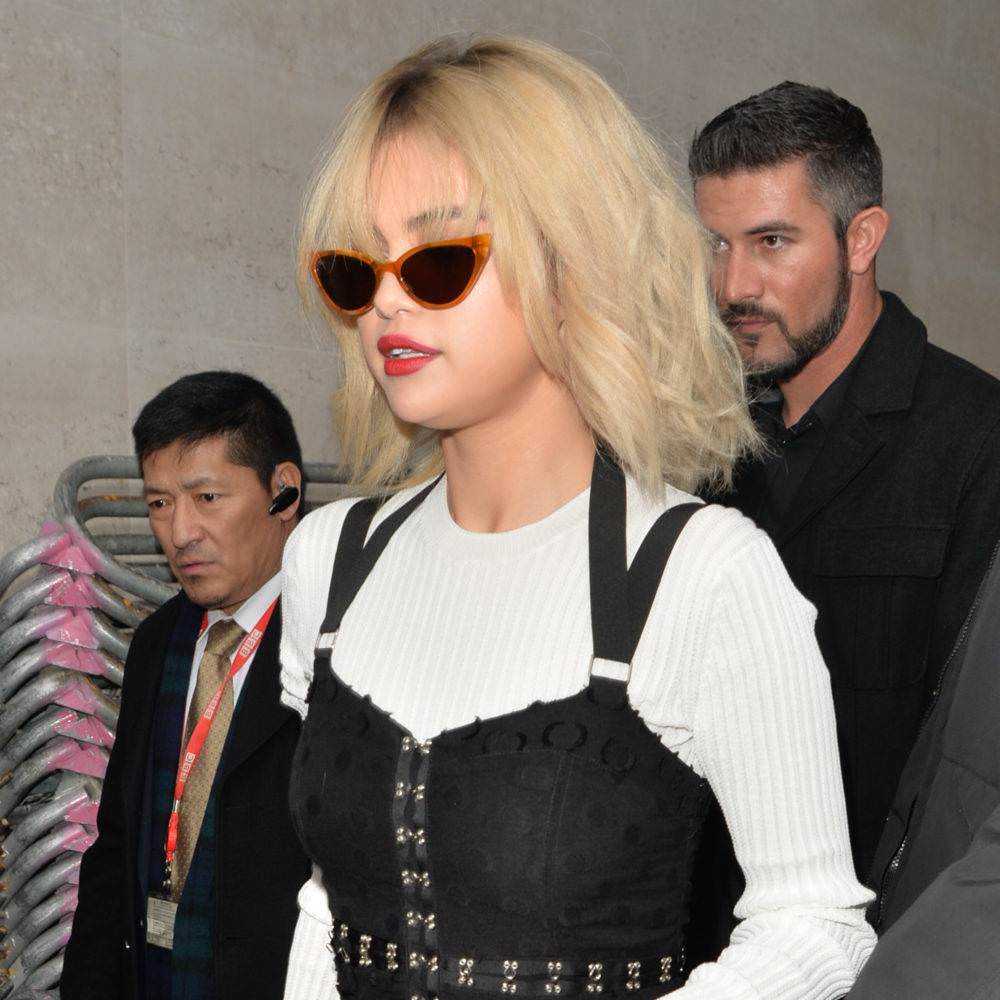 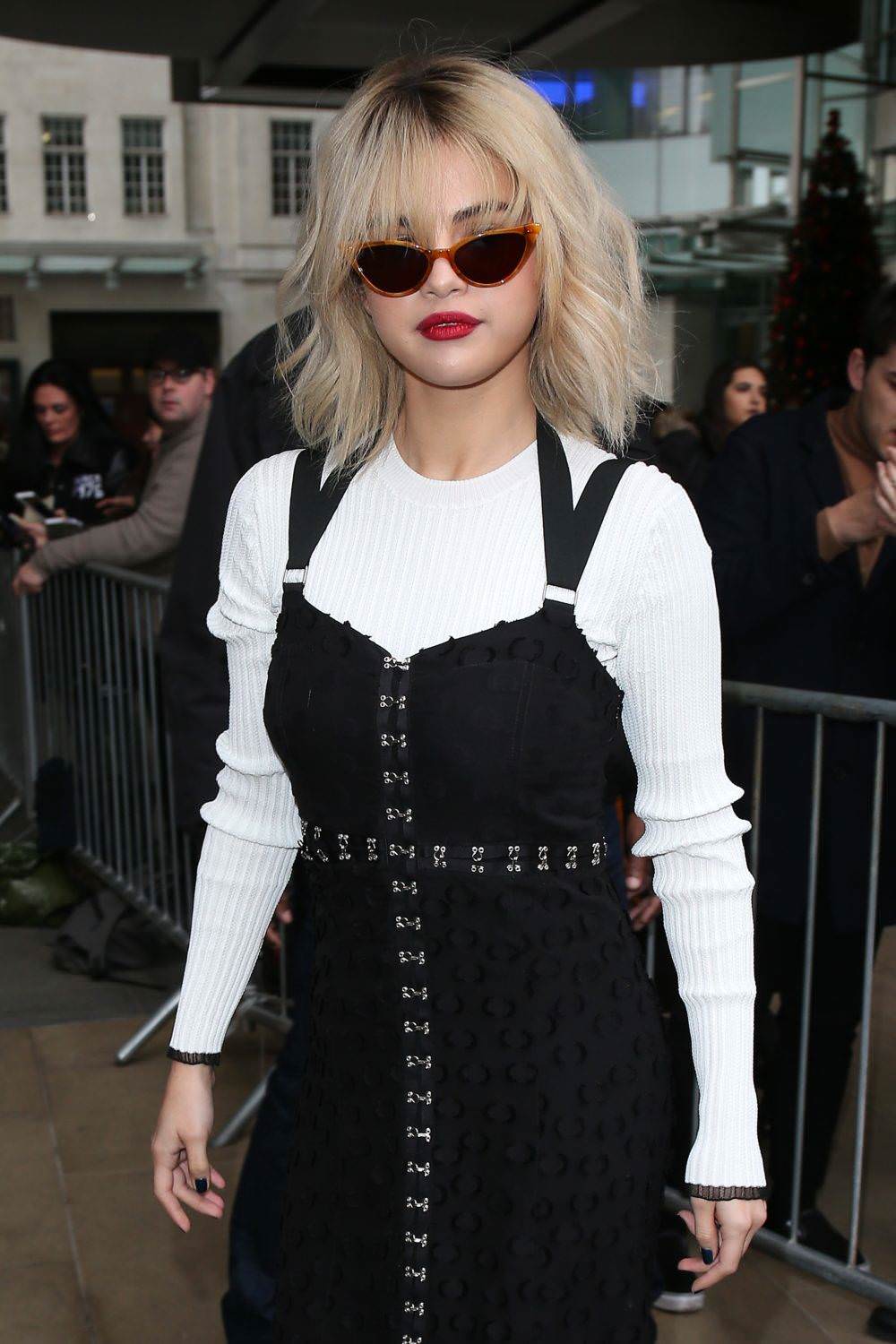 Marilyn Manson was interviewed on 97.1 in October in his first radio interview since his on stage accident at the Hammerstein Ballroom in New York. Manson was asked about Justin Bieber, and it appears that despite reports, the feud is not over. Alternative Nation transcribed his comments.

“Well he’s in some sort of sexual religious cult with an Asian version of Dave Navarro, apparently. The guy doesn’t wear a shirt, I don’t know exactly. But no, I don’t like to fight with girls, so I don’t want to fight with Justin Bieber.”

The host then mentioned that she wondered what went through Bieber’s mind to wear his own version of a Manson shirt.

“It is representing rock and roll though, I appreciate the fact that you identify with the integrity that I try to represent with rock music. Because if I don’t do it, who else is going to? If you want to fuck with that, if you tap the cobra, you’re going to get the fangs. If you kiss the cobra, you get the venom. I’m not really sure what that metaphor means, but you can just absorb that and put it into your own brain.”

Manson says that when he first met Bieber “he was [already] wearing the shirt that had his name on my shirt, and he said to me, ‘I made you relevant again.’” “Bad mistake to say to me,” Manson adds.

“The next day I told him I’d be at his soundcheck at Staples Center to do ‘Beautiful People’,” Manson recounts, at which point Bieber confessed that the t-shirt “was his idea.” Manson never intended to perform with Bieber, but “he believed that I’d show up, because he was that stupid.”

Manson says he eventually “took all the proceeds from those shirts from him. They didn’t even fight, they were just like, ‘yea, we already know, we did wrong, so here’s the money.’

“He was a real piece of shit in the way he had the arrogance to say that,” Manson says of Bieber. “He was a real touchy-feely guy, too, like, ‘yo yo bro!’ and touches you when he’s talking. I’m like, you need to stand down, you’re dick height on me, ok? (laughs) Alright? So stand down, son.”

Manson later read texts of Bieber trying to reconcile with him on The Howard Stern Show.