Layne Staley was one incredible vocalist and artist whose demons eventually caught up to him. Layne’s story is odd, poetic, and even full of bright moments. With the bright moments also come the very dark and dreary. The death of Layne Staley has been shrouded in wonderment. A lot is said about his death, in fact, his death is said to be a sad one that has a very bleak ending for someone who just years before was on top of the world.

As time passes and archives from individuals start to be found and dug up, we get to piece together these mysteries that so often go by the wind. Layne Staley deserved better and we all just wish he knew that too. In a newly surfaced photo, via Jerry Cantrell’s brother, David, there’s a photo that he brought to the world’s attention of Layne Staley. This photo is said to be from when Alice In Chains and Van Halen toured together.

In the photo, Sammy Hagar has his arm around Layne as Layne is seated eating a piece of pizza. In the photo, you can already see how Layne Staley is sporting a bald head as he frequently changed his hair style throughout the 90’s during his legendary career, especially when he was an active touring artist with Alice In Chains.

Check out the photo for yourself below and try to piece everything together to the best of your ability. It’s a nice photo to say the least, though bittersweet as you know what’s to come when you look at it with Layne, and years later Sammy’s bandmate Eddie Van Halen. It’s eerie to see someone frozen in time and then thinking about how that seat is know empty without them around all while knowing that they also knew that their time was running out. 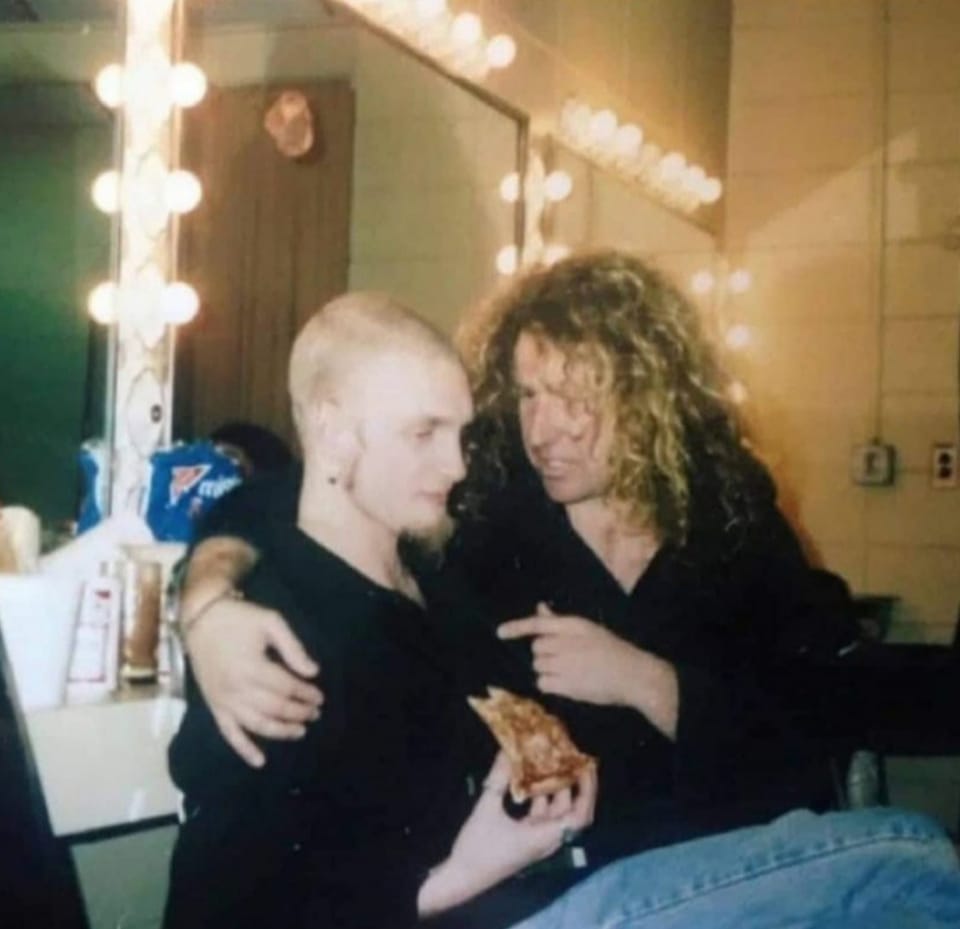