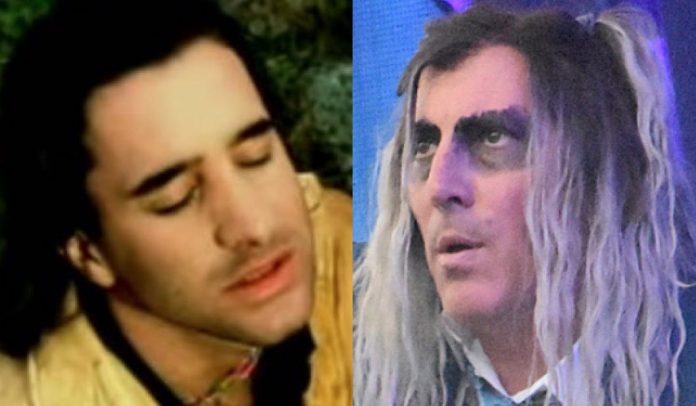 Houston Press wrote, “Obviously, the fact that they’re at the top of this list means I thought their performance was great, but it was also very weird. APC just don’t feel like the type of band that should headline a show like this, what with their dark colors, little chatter and hidden frontman. That probably explains why a healthy chunk of the crowd cut out early. That’s their loss, because a late in the set performance of ‘Counting Bodies Like Sheep to the Rhythm of the War Drums’ was outstanding, like something straight out of a nightmare. Their whole set sounded nearly flawless, but even with radio singles they’re not the most radio-(festival)-friendly act; still, I am glad I got to see them at a venue like the Pavilion.

Personal Bias: The only time I’ve ever been up on the barrier up front at a concert was when I saw A Perfect Circle on the tour behind Thirteenth Step. When the band came on, the crowd predictably surged forward. After about three songs I had to head to move, and once I did I could feel my guts repositioning themselves back into their normal places. I’ve yet to feel that squished again.

The Crowd: They sell the Pavilion out. They sing very loud. What more could you want?”

Watch videos from A Perfect Circle and Scott Stapp’s performances below.

Great show but @ScottStapp rocked it the best!! Just like the good ole' days..#BUZZFEST2018 #buzzfest pic.twitter.com/e3bnf77Don