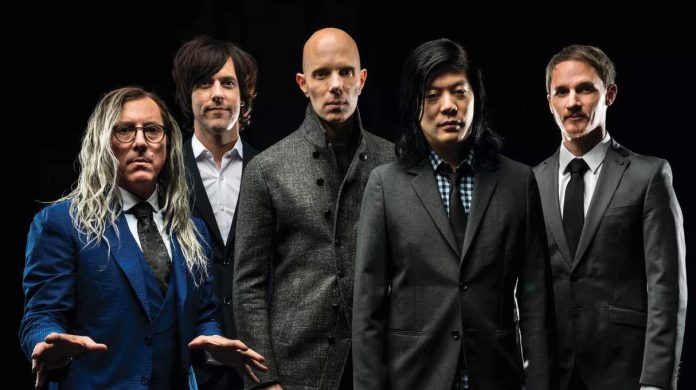 In a new LA Weekly interview, guitarist Billy Howerdel addressed why he played most of the instruments, excluding drums, on A Perfect Circle’s new album Eat the Elephant. James Iha did not play on the album, despite appearing in “The Doomed” music video.

As is usually the case, Howerdel played nearly everything on the album, with other musicians coming in to tour. Iha is back with the Pumpkins on their reunion tour, so Greg Edwards of Failure has been with APC since last year.

“Matt McJunkins played bass on a couple of songs,” Howerdel says. “The approach I’ve always had with APC is I’m writing it as I’m playing it. It’s written on the second or third pass. It’s hard to go back and re-track.”

Though Howerdel is a Jersey guy, APC are considered an L.A. band and the multi-instrumentalist is looking forward to their hometown show this week, even if it does present what he refers to as a “guest list challenge.” He also says the new album will be well represented in the set.

“I think that this record honestly shines much brighter live than it does on the record,” he says. “I think we’re on show nine or 10 now, and I feel like we’re well oiled. It’s certainly the best lighting production we ever had. I think it’s the best set we ever played. There are some tours when you just compromise as to what we can do. I’m proud to present this show in every way — the sound and lights. And I don’t always say that — I’m a shitty salesperson. I’m going out on a limb.”

A Perfect Circle wrap up their tour later this year, and Maynard James Keenan is set to return to Tool for a new album and tour in 2019.