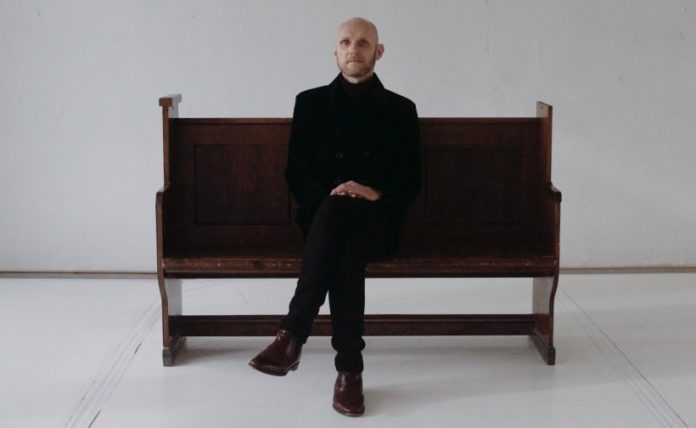 This review was written by contributor Greg Prato.

For the most part, mainstream pop and rock music has become so formulaic, predictable, and same-sounding in modern times that it makes gents like myself long for the days of yore, when it appeared as though more artists were at least attempting to stand out (and also, composed their own material). So, it’s always a hoot when you happen to come upon a modern day artist that is not same-sounding and manages to accomplish something that most seem to forget what made all the past notable artists stand out from the rest of the pack – successfully injecting their own personality into their music.

I am quite overjoyed to report that A Permanent Shadow is one such band – as heard throughout their debut album, Songs of Loss. An electro-rock outfit that contains elements of the likes of Kraftwerk, Devo, Nine Inch Nails, Bowie, and Moby, A Permanent Shadow hails from Barcelona, and features main man CP Fletcher (which speaking of Moby…Mr. Fletcher resembles, somewhat!). But when I mention NIN as a comparison, there is nothing aggro or even approaching hard rock territory on Songs of Loss. Which is certainly not a bad thing, just pointing it out so there is no confusion.

With Fletcher joined by a rotating cast of musicians and producers, the album is an impressively consistent listen from beginning to end, with one of the top standouts being “Empty” (for which a video was filmed for), which contains the memorable lyric “You flew into the sun when I was on the moon, you were a pain in the ass but you’re gone too soon.” Other highlights include “See the Light” (which incorporates a bit of acoustic guitar) and “Sailor” (in my estimation, the best tune of the bunch).

Also what makes A Permanent Shadow stand apart from the rest is Fletcher is not opposed to dropping a “dirty word” here and there to keep you on your toes – as heard on such selections as “Sword of Damocles” and “Radical Change” (hint – it’s a word that rhymes with “hit,” and is slang for feces).

All and all, Songs of Loss by A Permanent Shadow is a most pleasant and welcome surprise – when we seemingly need it the most, in our mostly monotonous musical times.