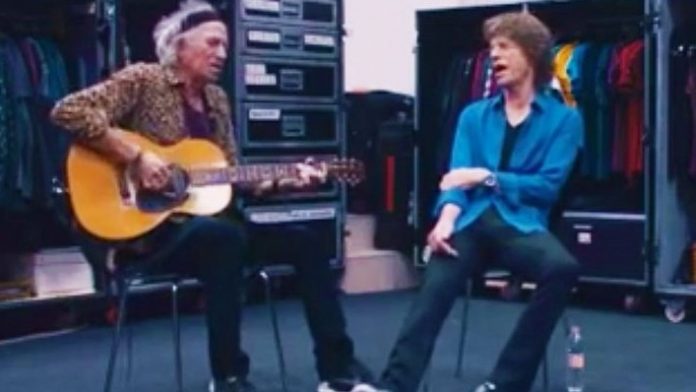 Theodora wrote, “Also to baby GMAY @georgiamayjagger I love you so my sweetness. You n me in the rain xxxx splish splash we was dancing in a bath ( Del Shannon x ).”

The Rolling Stones fans on IORR.org recently discussed Keith Richards’ successful marriage to his lovely wife Patti. TheGreek said, “I think that Keith and Patti are doing something right in there relationship as they have stood the test of time and that truly is the benchmark or gold standard for longevity in this day and age of anything goes and for this God Bless there Marriage!”

steffialicia posted, “Similar situation with McCartney and Linda…never a moments scandal in that marriage either. It can happen if you’re both very committed/lucky.”

“When I first met Keith all I could think was: This is a guy who really needs a friend. I gave him the keys to my apartment after only knowing him two weeks. There was no sexual thing going on. I knew he just needed a secret place where he could get far away from the madding crowd. It wasn’t love at first sight, though it feels like that now. It just sort of mutually grew. But he is the most romantic man.”

“I remember New Year’s Eve ’79 going into ’80. I came back from Staten Island in my brother’s Oldsmobile because I knew somehow I was going to see him. I just knew it. When I got to my apartment, there he was sitting on my stairs, waiting for me. Keith and I have never been apart on a New Year’s Eve since.” Keith Richards’ daughter was recently savagely disrespected by a famous actor.