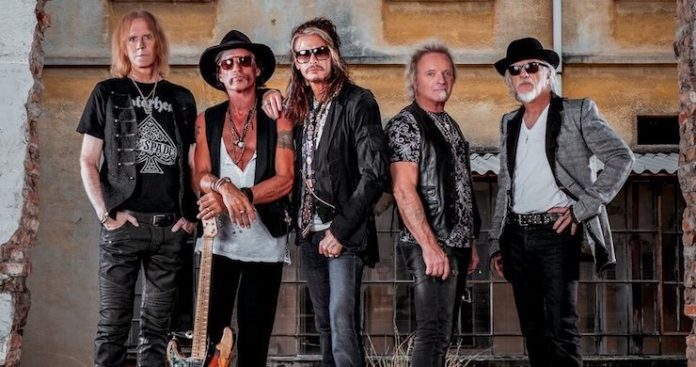 Aerosmith, returning from a two-year hiatus, will have drummer Joey Kramer sit out from their “Deuces Are Wild” Las Vegas residency concert in June. The band has said that Kramer has “regrettably made the decision to sit out the band’s concerts in 2022 so he can focus his full attention on his family during these uncertain times.” Kramer will take a temporary leave of absence while and will be replaced by John Douglas.

Speaking to USA Today, Aerosmith said “[Kramer] and the band look forward to his future performances with Aerosmith.”

Kramer had to step aside from band activities as he suffered from a shoulder injury in April 2019. He wanted to rejoin the band for their Grammy Week MusiCares tribute show, but things didn’t pan out.

Kramer filed a lawsuit against the band, and he was prevented from entering the rehearsal of the Grammy show. He was then welcomed back into the band for Las Vegas shows. The pandemic soon hit after, and there were no concerts being held anywhere.

This temporary leave of absence means that Kramer will not be available for Aerosmith’s run of 24 shows, which does not look great for the drummer. Only time will tell when Joey Kramer will be able to perform again with the band.