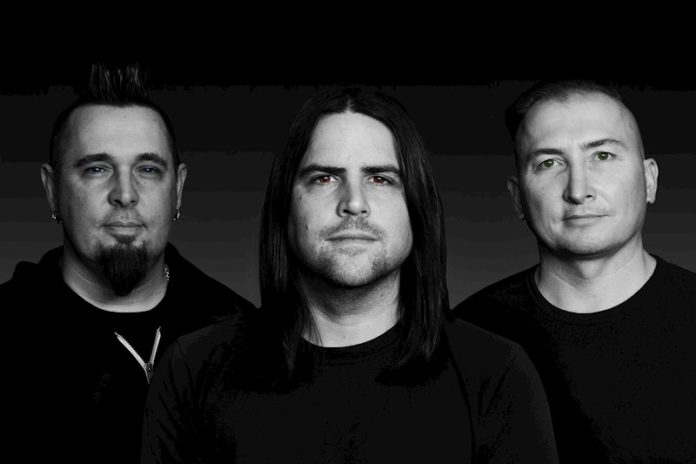 The main problem I have with the majority of modern day rock bands is that they either sound exactly the same, or merely replicate their idols. As a result, it leads to little old me – and I’m sure many other rock fans – longing for such earlier eras as say, the late ’60/early ‘70s (the beginnings of hard rock/heavy metal), the mid/late ‘70s (punk rock/new wave), and the early ‘90s (grunge), when there seemed to be an overabundance of artists putting their own unique spin on the aforementioned genres. Thankfully, there are at least new a few bands today that don’t take the easy way out – as evidenced by the debut release by Stimuli, entitled They Are We.

But don’t get me wrong, Stimuli is not a Tool rip-off – “Sandstorm” contains some exotic middle eastern sounds, while both “Only Liars” and “Prize of Nothingness” are acoustic guitar-based and comes close to ballad territory (although the latter contains a drum solo at the end!). And another standout is a tune that a music video has been filmed for, “Ripple” (not to be confused with the Grateful Dead composition of the same name), which is probably the most “radio friendly” offering of the entire album – but doing so without altering their sound/approach much.

Overall, a very promising debut – as I for one am curious to see how the band builds on and branches out from this starting point in the future. And once more, kudos should be given to the lads for touching upon their influences, but also injecting in their own originality. Hopefully, more bands will follow in this not always easy but much more rewarding approach…