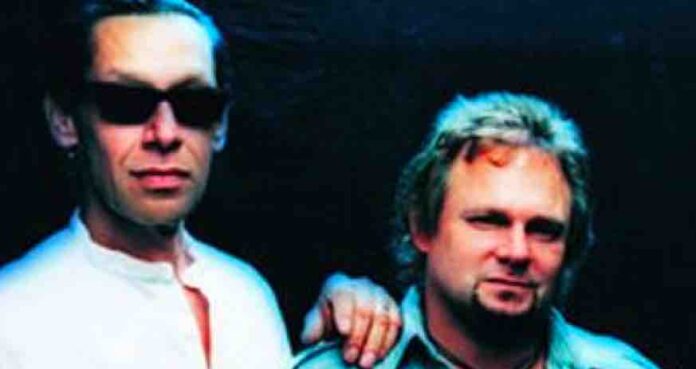 Michael Anthony recently addressed the reports which stated that he has been in discussions with David Lee Roth and Alex Van Halen about taking part in an all-star Van Halen tribute project.

Michael Anthony opens up on the rumor

The former Van Halen bassist addressed the rumor nearly a couple of months after former Metallica bassist Jason Newsted revealed to The Palm Beach Post that he was approached by the Van Halen drummer about six months earlier about playing bass for the project.

Newsted told the Florida newspaper that he agreed to go to California to jam with Alex Van Halen and legendary guitarist Joe Satriani and see if it felt right, but he eventually realized that it would be impossible to do justice to Van Halen’s legacy. “How could you?” Jason said. “There’s nobody that can top it, so how do you show it honor? I didn’t want it to be viewed as a money grab. And then it kind of just all fizzled.”

During an appearance on Thursday’s (June 2) episode of SiriusXM’s “Trunk Nation With Eddie Trunk”, Anthony confirmed that he was involved in some of the early conversations about the Van Halen tribute.

“I haven’t spoken to him in a little while, but I have spoken with Alex on occasion,” Michael said. “And for the most part, we don’t even speak that much about music — more about just family, how we’re doing and stuff like that. I know it still pains him a lot as far as Eddie [Van Halen; late Van Halen guitarist and Alex’s brother] goes and will probably for the rest of his life.

He added: “But I spoke with him and Dave last year about a possible something, but Dave just starts going [talking really fast] And I’m, like, ‘Okay.’ And we basically just had kind of a conference call about having a conference call to discuss it, and then that other call didn’t happen for whatever reason on their end. I told them that I’d obviously be interested. And it would be more like a celebration of the music rather than putting together something and calling it Van Halen because that just wouldn’t be right at this point.”

#ICYMI on #TrunkNation – @EddieTrunk spoke to #MichaelAnthony about the #CHLA charity walk and then got into the rumored @VanHalen tribute tour clarifying what conversations are actually happening. Catch the replay at 10pET or anytime on the @SIRIUSXM app: https://t.co/Sbdq09EEUi pic.twitter.com/XasLwpJIK6