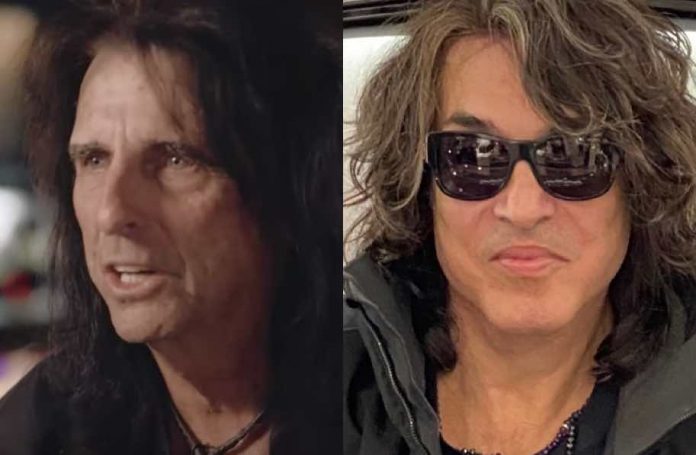 Cooper: Oh you know Eric, Eric for me was one of the great drummers because of the fact that there are drummers who are ‘pocket drummers’ and there are drummers who are ‘truck drivers’. These guys are truck drivers. Eric Singer is a truck driver, he drives the band, drives this giant monster and there are drummers that just don’t know how to do that – show drummers, you know, Keith Moon being the best of the best. However, I collected watches and I didn’t know that Eric did as well, I didn’t know that about Eric so I would go on and buy all these watches. These Hamiltons, Gruen watches and 40s watches and all of this. I’d look at that and say, ‘oh you know, that’s been refaced blah, blah.’ Pretty soon I realized that he was an absolute master at this. I wouldn’t buy a watch without taking Eric with me – which is smart. So that’s one thing we had in common.

Cooper: Also, you know, when he joined Kiss of course it was like, ‘oh hello kitty how are you’! Whose a cute kitty.’ Yet Eric is great, one of the great drummers out there and Tommy is one of my best friends. He’s super nice. Tommy is one of my best buddies, Paul [Stanley] and I go way back and Gene [Simmons], Gene and I finally got to spend a little time with Gene. He has a very funny sense of humor once you get past the ‘Gene thing’ then you get into Gene the ‘silly person.’  Alice Cooper was involved in a car accident last year.