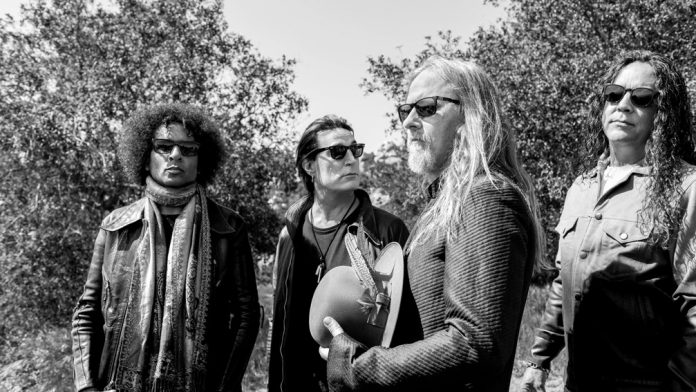 Alice In Chains drummer Sean Kinney was recently spotted at a show behind the drums. Fans noted that he paid a tribute to the late Foo Fighters drummer Taylor Hawkins by having a photo of him on the bass drum.

Fans appreciate Sean Kinney for the tribute to Taylor Hawkins

One of the fans on Reddit, MerricatBlackwood76 wrote, “Nice. It’s so bittersweet that this little gesture T used to make on his bass drum to his friends, family, colleagues and idols has caught on as a tribute to him.”

Another fan FormalOk506 said, “Have always loved Sean Kinney! Very cool of him”

One simply said, “Love this” Taylor Hawkins shockingly passed away at the age of 50. The band was due to play on the same day of his death. The Foos were scheduled to play at the Festival Estereo Picnic in Bogota, Colombia. This led to the band canceling the rest of their South American tour. Recently, a video clip surfaced on the internet which saw Red Hot Chili Peppers paying subtle tribute to Hawkins.

Foo Fighters fans were thrilled after the band frontman Dave Grohl’s daughter, Violet Grohl made announcement about the tribute concert. However, it seems the fans have slammed Ticketmaster after their tickets for the Taylor Hawkins tribute concert were suddenly cancelled.

A source close to The Foo Fighters noted that genuine fans would receive their tickets and that Ticketmaster were contacting everyone affected by the cancellations.

They said: “In a bid to stop touts getting their hands on tickets and selling them at an astronomical cost, some group bookings or bookings made under a suspicious email address are being cancelled. Ticketmaster will then contact those people individually and once they have verified they are not touts, their tickets will be issued to them. Fans who have had their tickets cancelled will be contacted by Ticketmaster and they will still be going to the concert.”