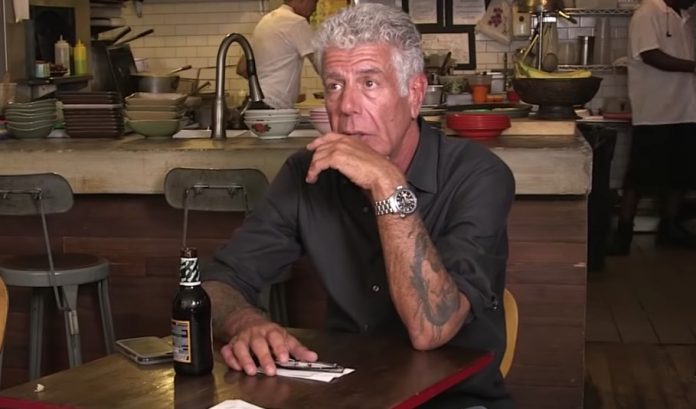 Anthony Bourdain’s toxicology report has been released, and reveals that he had no narcotics in his system at the time of his death, a French judicial official told the New York Times.

Bourdain died by suicide in his hotel room in Kaysersberg, France on June 8th while in the country filming an upcoming episode of Parts Unknown with his close friend French-born chef Eric Ripert. He was 61.

The Times reports that there was only a “trace of a nonnarcotic medicine in a therapeutic dose” in his system.

“I was a heroin addict, for sure, and I was a cocaine addict, for sure, but I never stopped drinking,” he told PEOPLE in February. “I never was a person who needed a drink. I’ve never felt the urge to. When I’m home it would never occur to me to sit at my house and drink beer, or pour myself a cocktail.”

“Nothing suggested the involvement of a third person,” Rocquigny said. A medical expert did not find any signs of violence on Bourdain’s body.

If you or someone you know is considering suicide, please contact the National Suicide Prevention Lifeline at 1-800-273-TALK (8255), text “help” to the Crisis Text Line at 741-741 or go to suicidepreventionlifeline.org.