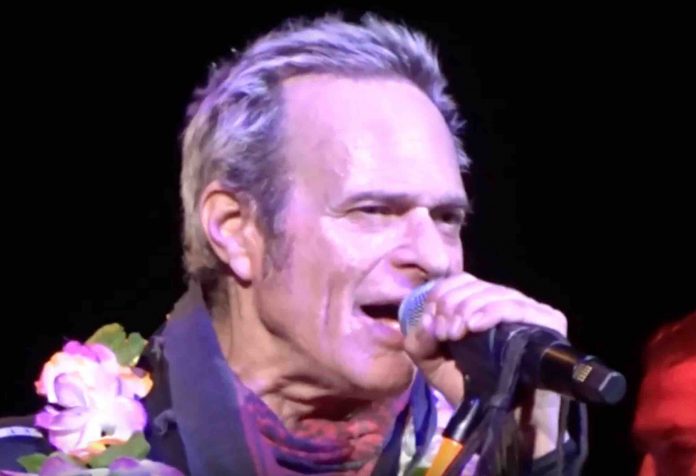 Wolfgang Van Halen recently shared his take on whether Alex Van Halen will perform at any of David Lee Roth’s final concerts in January 2022. He stated that he does not think that would happen. It seems that a Van Halen member is backtracking on a retirement show.

The Van Halen frontman recently announced that he was retiring, with his previously announced Las Vegas residency serving as his last set of shows. He also implied that his former bandmate Alex would make an appearance at some point during the run.

Wolfgang, had joined his father Eddie Van Halen in Van Halen at the age of 16 for the band’s 2007 reunion tour with Roth, replacing Michael Anthony. In a recent interview with SPIN, Wolfgang seemingly shut down the chances of the Roth/Alex reunion.

When asked about the possibility of Alex joining David on stage in Las Vegas, Wolfgang said: “I don’t think so.” The interviewer had pointed out that Roth had said it was happening, Wolfgang replied: “Yeah, I know. I don’t know about that.”

He added: “I’m not talking for Al or anything, but I haven’t heard. I haven’t talked to Al about it, but I mean, that doesn’t really seem like something Al would do.”

Wolfgang Van Halen noted that Alex has not made any public statements about this matter. Thereby, he said that the reports should not be believed as “it’s probably not true.”

He continued: “People love to talk about dad and the way he ran the band, but that’s not really true. Al’s the kind of the one who was in charge and in the way that the band publicly sort of related.”

Sammy Hagar recently wrote on Instagram, “I gotta tell ya, I really felt something riding around in Vinnie and Dime’s Limo with @josemangin. It was a strange feeling talking about my relationship with Vinnie all them years and getting to jam with Dime that one time in Las Vegas. I feel close to those guys. Vinnie came to more birthday bashes than damn near anyone in Cabo. After Dime’s tragic death, I think he might’ve gotten on stage for the first time with me after that. Anyway, it was a pleasure riding around in that car of theirs. Enjoy the full interview on @sbbcco and RIP Darrell and Vinnie up there in rock ‘n’ roll heaven.”