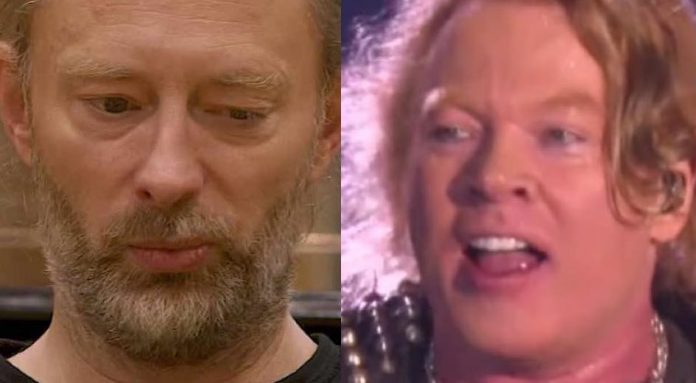 “He wanted to brush up on guitar and things like that, there was no real intense plan involved. It was just like I would come up to the house once a week for a few hours here and there, and we would bounce ideas and work on things. I remember my focus was I knew he was writing, and he was in a period of ‘what’s next,’ where everybody had their eyes on him.

I knew it was about writing and being creative and that whole world, and that’s what mattered to him, not learning actual guitar things that may or may not be helpful. So we went with that angle, and we were working on everything from Beatles to Radiohead, just other concepts that were not blues related, because they had exhausted the Aerosmith blues model somewhat. They did it to the max with the first record, so he was trying to go in every other direction I think, he’s a very creative guy.”

“I remember doing certain Beatles songs, and I remember Radiohead too, because it was just interesting chord changes and ideas, so it was mostly that. I was kind of a guitar instructor, but it wasn’t really that, it was talking and hanging out a little bit. We did that between 6 months and a year, I’m not really sure.”