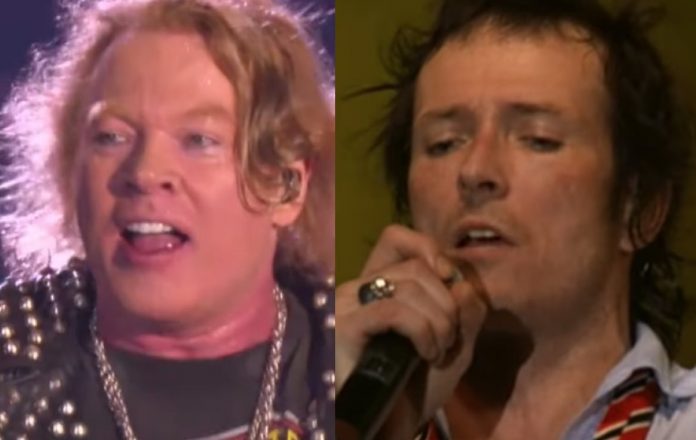 Kushner: I don’t know man, I heard it and just saw it online. It was funny to hear Axl [Rose’s] reaction. I don’t know if you saw it but after they did it he was like, he had a weird reaction to it. What I [inaudible] was: “That didn’t really go the way I planned it to.” You know? It was, kind of this weird, “okay, well that’s done” or some weird thing like that. I thought it was alright. Sometimes, I hear that song even when we did it and it doesn’t seem as great as I remembered, just that song in particular because it has a weird thing to it and I thought it was weird.

Kushner: I knew about it, I didn’t know they were gonna do it but I knew it was on the setlist because I had gone to rehearsal, I forget why, I had to get something from Duff [McKagan] and they rehearsed. We all live in the same part of LA. You know, I went to rehearsal and I think it was Duff, he was like: “dude check this out”, he was pointing to the setlist on the floor and there is kind of these audibles of certain songs and that was one of them. I was like: “really dude?” He said: “yeah, it was Axl’s idea!” I said: “really?” and he said: “yeah, I know it’s weird!”

Kushner: That was kind of the whole conversation about it but yeah, thought it was an interesting thing.