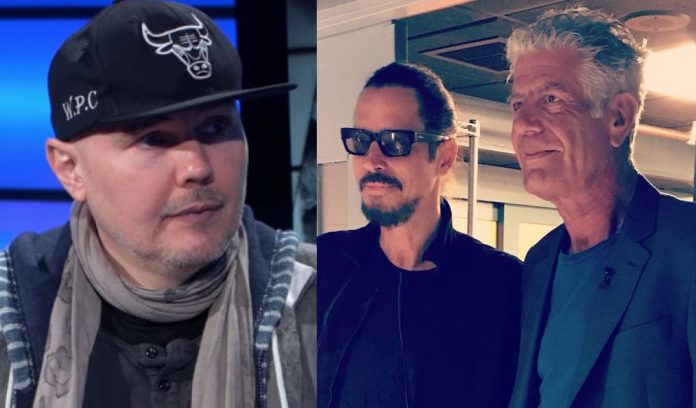 “Yeah, many times. That period after the first album is sort of the most public period I’ve talked about it, but I’ve thought about killing myself many times. There were maybe three times in my life where I was like right there.”

“I didn’t know what to do, anybody who has experienced this I’m totally empathetic, I was having massive panic attacks. I would be in the shower, and my heart would start racing, and I was like, I’m losing my mind. Now I understand. It’s the worst.”

“I knew an ear doctor, that’s all I knew was some ear doctor, and he said, ‘Let me get you somebody.’ So later that day he sent me to a hospital, a clinic. It was the worst place to go, a clinical setting. The woman sits down, she’s very skeptical, it’s a hospital, and she goes, ‘So what’s the problem?’ I said, ‘I’m rich and famous, and I want to die. That seems to be a problem.’ I’m not asking for any sympathy, so anybody listening don’t take this the wrong way, but when you have success, and you have wealth, people who don’t have that can not imagine why you would want to kill yourself. So if you try to talk to somebody, even just as a human: ‘Oh, you’re lucky.'”

“Then she wanted to put me on a bunch of medicine, and I thought, ‘No, this is not right.’ That started this whole spiritual journey that led me to today.”

“Kate Spade’s sister, and I hope I’m not relaying this improperly, but her sister came out and said she didn’t want to get help because she felt it would be detrimental to her brand, because she had such a loving, bright [brand]. I thought how awful, and I said to my girlfriend the other day, because she’s in the fashion business, I said I believe we actually live in a world now where if Kate Spade came out and said she was dealing with these things, she would have gotten so much love and been embraced. I understand why the cubby hole of those feelings, why it must have been so hard for her to even imagine.”

He said he was dangerously close to suicide in the past.

“Somebody once gave me a pamphlet, these are the ten signs, and I checked off eight or nine. Give away your possessions, I gave away my possessions, you start fantasizing about how your funeral is going to look. I was obsessed with death. So anybody who is in that spot, please get help.”