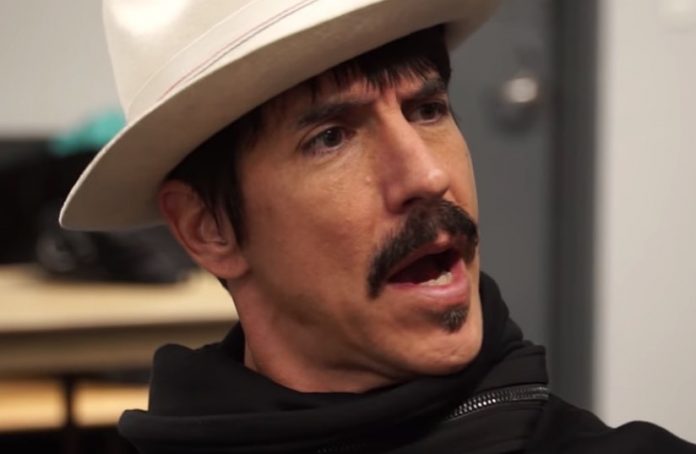 Could Anthony Kiedis be in the running for the world’s healthiest rock star? The Red Hot Chili Peppers frontman has clearly slimmed due to his diet and we are very impressed. During early age, Kiedis suffered from drug addiction – which he was able to rebound from taking up significant health and wellness-centric lifestyle later on in life. Kiedis was able to contribute this from consistent exercise – like surfing, swimming, and long jogs, drinking large amounts of liquids such as green tea, eating dinners early to combat late-night cravings, among other things.

“Don’t worry I thought the same exact thing when I saw the video. I remember back when I first saw the dark necessities video I was thinking, “yeah, looks like it’s getting harder for him to keep toned with age.” Then I saw this one and I was like damn, nevermind, what the hell is my excuse lol”

The Red Hot Chili Peppers recently dropped their latest single ‘Black Summer’, which is the lead single off the group’s upcoming album – ‘Unlimited Love’. That album, which comes out April 1st, 2022 will be the first studio album from the band since 2016’s ‘The Getaway’. . It is also the first Red Hot Chili Peppers album with guitarist John Frusciante since the 2006 classic release, Stadium Arcadium. In addition, the Red Hot Chili Peppers will be embarking on a 2022 global stadium tour in promotion of the new album which will kick off internationally Saturday, June 4th in Seville, Spain, and domestically in the United States Saturday, July 23rd in Denver Colorado at Empower Field at Mile High.