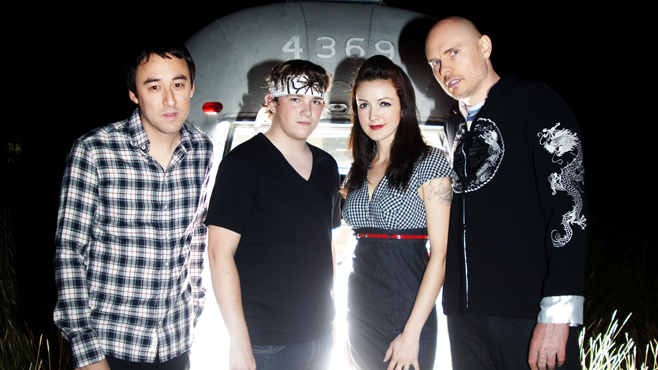 In a recent The Ringer article, Billy Corgan criticized the early 2010’s Smashing Pumpkins lineup for not adding ‘magic’ in the studio. He also called the new Smashing Pumpkins album Shiny and Oh So Bright Vol. 1/LP: No Past. No Future. No Sun. ‘disjointed.’

Corgan admits the resulting LP—buoyed by classic Pumpkins sonic dramatics and the singer’s typically brooding lyrics—feels quite disjointed to him. Almost haphazard. “Though maybe it’s modern in the sense that it’s not burdened down by some overarching concept,” he says. “It’s just some music. But for me it feels weird that there’s no conceptual base.”

Having worked in the studio in recent years with other lineups, however, Corgan now recognizes the special connection he has on a musical level with his original bandmates. Because, as he notes, those musicians in the alternative iterations of the Pumpkins, “them being in the room wasn’t contributory. Nothing magical would happen. And I would find myself thinking, ‘Well I might as well just be in this room by myself. Because these people aren’t adding to the process at the pace that I’m used to from the old band.’”

Drummer Mike Byrne played with The Smashing Pumpkins from 2009 to 2013, while bassist Nicole Fiorentino was in the band from 2010 to 2013. Corgan announced that he had dismissed them in 2014, after they had contributed to the 2012 album Oceania and Teargarden by Kaleidyscope songs.