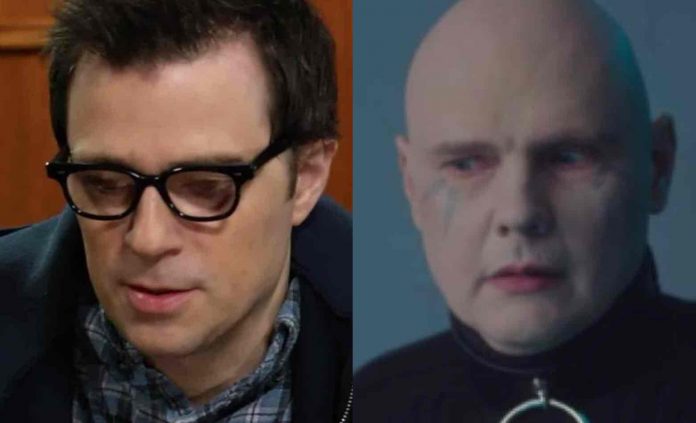 Smashing Pumpkins frontman Billy Corgan was recently asked about the backlash Weezer have received from some fans due to their recent albums the Black Album and Pacific Daydream going into new sonic territory. Weezer covered Smashing Pumpkins’ 1979 a couple years ago. Alternative Nation transcribed Corgan’s remarks.

A fan asked Corgan, “Thoughts on Weezer + backlash received on their recent work?” Corgan responded, “I’m a fan and any backlash is absolutely unwarranted.”

Corgan has been working on the MACHINA reissue, and discussed his regrets about the band breaking up in 2000.

“Just printing This Time to start the day. Sounds lovely. It’s hard to put into words what hearing some of these mixes makes me feel, but I will try; as I think it illuminates what makes Machina such a unique album. On one hand you have a band that’s breaking up, and knows that it is breaking up (albeit when the album is done and the tour for it is inished).

So here’s a weird shadow over everything we are doing, or a sort of sadness. plus, we are only 3/4ths of the band that started the record.

But somehow through that we find new songs and a new, more modern, approach to recording that (if this mix of This Time is any indication) means we could have readily transitioned into being a band that fit quite comfortably with the musical and cultural changes ahead.