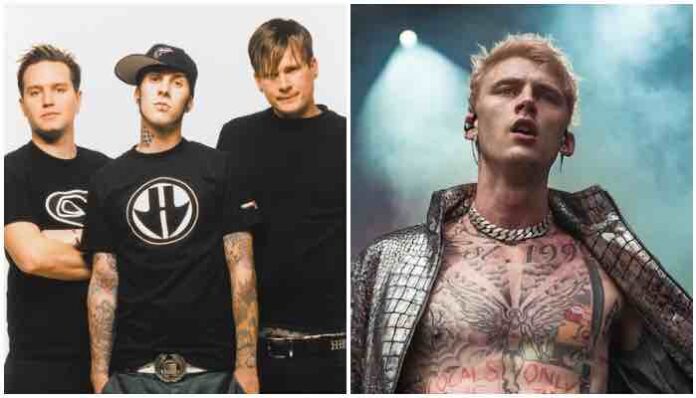 Blink-182 appear set for a performance with Machine Gun Kelly, with Travis Barker posting a setlist that indicates he and MGK will perform “The Rock Show” and “All The Small Things” with Mark Hoppus. This will be Blink-182’s first public performance in 3 years. This comes amidst rumors about if Matt Skiba or Tom DeLonge is Blink-182’s permanent co-lead singer/guitarist.

Megan Fox opens up on the therapy

Fox opened up about her fiancé’s mental health struggles while speaking to Entertainment Tonight.

She said: “We’ve done every form of therapy that exists. We found a therapist that really works for us, couples and individually. It’s definitely a process. It’s not an easy one. Some of it’s really difficult.”

“Our therapist said a relationship is basically the process of breaking each other down, but most people don’t have the tools to build each other back up, to rebuild. And so it’s a constant of process of suffering and passion and love and the repeat cycles. So, we’re just learning that and navigating that, doing that together. There’s lots of all of those things all of the time.”

MGK – whose real name is Colson Baker had boldly admitted that he once put a loaded shotgun in his mouth. It happened during an intense phone call to Megan back in July 2020 while he was struggling with the death of his father. At the time she was away filming a movie in Bulgaria and he said he began to experience “wild paranoia”.

The Bloody Valentine singer said he would fall asleep with a shotgun next to his bed and ended up ‘snapping’ on the day of the phone call. MGK made the admission during his new Hulu documentary Life In Pink, which released this week.