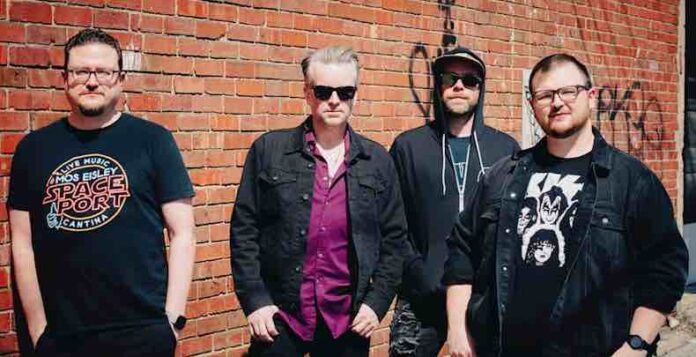 Bomb Cats are a punk band that are sweeping the nation and your ear holes with their brand of punk rock.

I had the pleasure of checking out the band and I must say, that anything you would want in punk music is right here. Off the bat, the Bomb Cats remind me of a ‘Warning’ era Green Day in terms of songwriting. Musically, there is a lot more to uncover than just some catchy tunes.

What I love most about this band is that you wouldn’t be able to tell what their influences were upon a few listens. So many bands are influenced heavily by one band or a few bands and then they become a copy of that band. That isn’t the case here. The vocals are unique as is the songwriting.

In fact, on the second song from their newest album, ‘Good Advice’, I get much more of a Rolling Stones feel than anything. I think a lot of readers will like that song the best based upon the Rolling Stones connection sonically.

The song after ‘Good Advice’ reminds me of ZZ Top in terms of guitar work. It’s very in your face blues, but it transitions into a huge rock song once the chorus hits and the vocals begin to belt.

My favorite song on the album is ‘Flesh Fiend’. This song reminds me of The Misfits or at minimum some really ahead of its time punk music in the 1960s. I’m also faintly reminded of images of Rob Zombie and surfing while listening to this track. It’s one of those tracks that can be explained in depth, but you have to hear it in order to really get a grasp for it. It’s a great song and it’s short and to the point.

Overall, the album is great and they should have no problem catching new ears with this one.