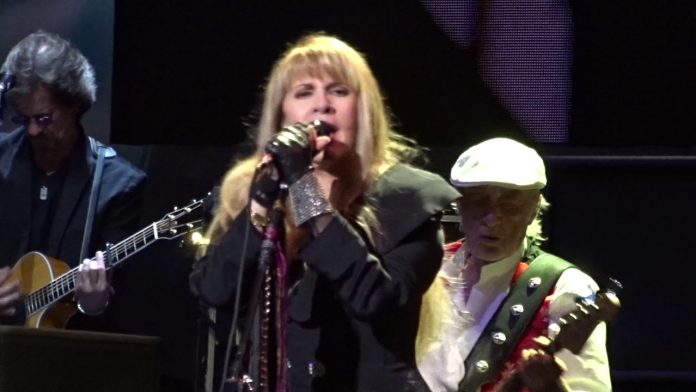 Fleetwood Mac, who were called ‘sellouts’ earlier this year by this 1990s group are one of the most iconic groups of the last fifty years. The group’s arguable Magnus opus, Rumours, which was released in 1977 was a smash hit the moment it came out selling well over ten million units worldwide a month after being released to the general public. The album, outside gathering acclaim and praise from countless critics and those within the landscape of media would also win countless awards. Rumours would go on to win Album of the Year at the 1977 Grammy Awards. It has sold over 40 million copies worldwide, making it one of the best-selling albums of all time. Domestically, it has received Diamond certifications in several countries, including the UK, Canada, and Australia, and has been certified 20× platinum in the US.

Recently, Christine McVie the group’s singer, songwriter, and keyboardist would give an important update regarding the status and future of Fleetwood Mac by hinting that the group has broken up. However, it is very important to note that this is not one-hundred percent confirmed yet as of this report.

In any event, in speaking to Rolling Stone, McVie would state about her bandmates: “Those guys were great. We have a great time with them, but we’ve kind of broken up now, so I hardly ever see them.”
She added, “I don’t communicate with Stevie [Nicks] very much either. When we were on the last tour, we did a lot. We always sat next to each other on the plane and we got on well. But since the band broke up, I’ve not been speaking to her at all.”

When pressed on whether Fleetwood Mac is done for good, McVie said, “Well, not as we know it. I don’t know. It’s impossible to say. We might get back together, but I just couldn’t say for sure.”