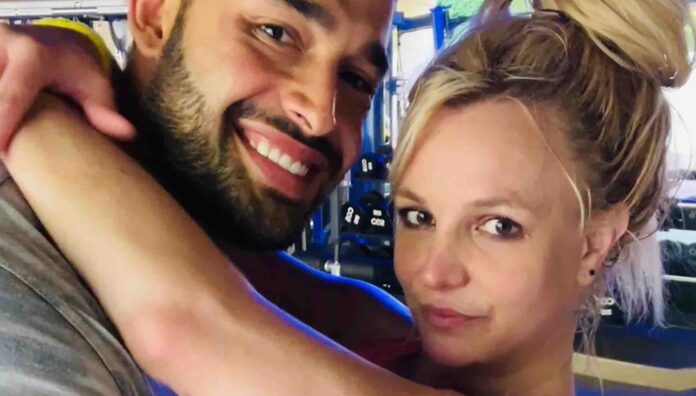 Britney Spears’ husband Sam Asghari recently posted a video clip of himself taking an ice bath on Wednesday, a day after the pop star made headlines for alluding to her past relationship with Justin Timberlake.

Asghari took to Instagram Stories to share a clip in which he used a device called the Ice Barrel, and filled it up with water, ice and Epsom salt, stirring it together with his arm before entering the barrel.

The spouse of the Grammy-winning artist, 41 – who denied that she had a ‘manic meltdown’ at a Woodland Hills, California restaurant over the weekend – wore only black shorts as he acclimated himself to the frigid temperature inside the barrel.

The Tehran, Iran-born actor and fitness professional first stood in the device for a few seconds before sitting in it and submerging his head under the water. He said that the practice – which appeared to take place after an intense workout he featured on the social media site – was ‘very soothing’ as he got in a second time.

“Oh s***, it’s cold,” Asghari said of the experience, adding three hysterical laughing emojis to the post.
Spears reportedly had a meltdown at an LA restaurant Friday that caused her husband, Sam Asghari, to leave the establishment as first reported by Page Six. People who allegedly witnessed the incident told TMZ on Saturday that the pop icon, 41, was “manic” and began speaking gibberish.