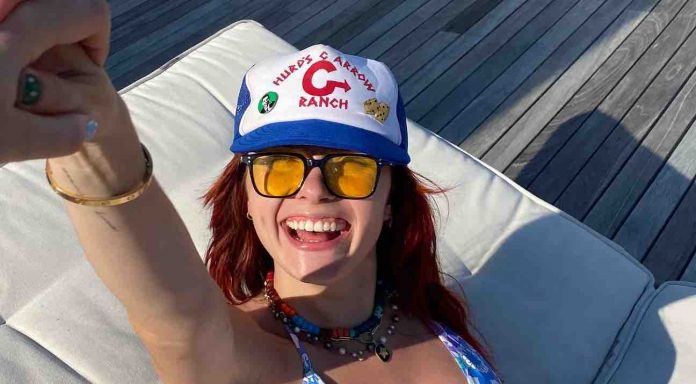 Chad Smith’s daughter Ava Maybee could be a name that you more and more of in the next few weeks. While her name might now immediately ring bells to the average fan, her father, Red Hot Chili Peppers drummer Chad Smith sure will. Maybee, who recently tried out during an edition of the popular show American Idol would excite judges, Katy Perry, Luke Bryan, and Lionel Ritchie during her rendition of “Lately” by Stevie Wonder.

The Red Hot Chili Peppers recently brought back this big name. Ritchie would compare the voice of Maybee, whose full name is Ava Maybee Cardoso-Smith to that of Cher while country superstar Luke Bryan would proclaim: “I do feel like you’re an artist. I’m interested to hear and see more of what you’ve got going on.” In the end, Maybee would end up with three yes and advance toward the next stage of the competition – leaving Katy Perry and Luke Bryan to exclaim “Ava Yes!” A video of her performance, courtesy of the official YouTube page for American Idol can be seen below.

Interestingly enough, this would not be the only instance of a famous family member to make it through to American Idol’s Hollywood round as the granddaughter of the late, famed soul singer Aretha Franklin would also audition where she would also make it through unanimously.

On social media via Instagram, Ava would also post a video where she is out and about, giggling and having fun, wearing a stunning vibrant swimsuit. That can be seen below as well.

However, in the case of Ava’s famous father, Chad Smith and Red Hot Chili Peppers are set to have a very busy 2022 as their latest studio album ‘Unlimited Love’ is set for release through Warner Records on April 1, 2022. Produced by Rick Rubin, the album reunites the band with guitarist John Frusciante, who left in 2009 and rejoined in 2019, replacing Josh Klinghoffer. A world tour is set to begin in June 2022. The album, while not even out is already seeing major success as the first single ‘Black Summer’recently became the band’s record-breaking 14th number one on the Alternative Airplay chart according to Billboard.