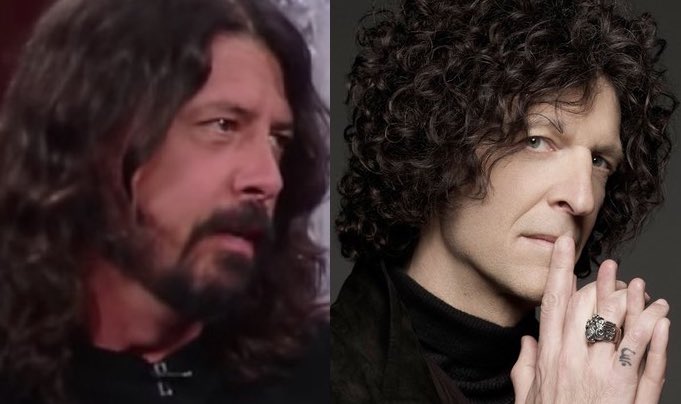 The music world is saddened over the death of Foo Fighters drummer Taylor Hawkins. Hawkins passed away at the age of 50. The group would announce a touring hiatus today with the news of Hawkins’ passing. Many bands and entertainers would pour in tributes to the now-late drummer, one of those being “The King of All Media” and radio icon, Howard Stern. The Sirius XM host paid tribute to Hawkins on his radio show this past Monday.

In addition, Stern would also look back on past interviews featuring Foo Fighters. Stern would personally mourn Hawkins by stating the following.

“He was a supportive guy,” Stern remembered. “He wasn’t a jealous guy… He looked like a rock star. He had everything. He had the talent, he was an excellent drummer [and] had that long blonde hair like a surfer.”

Stern would continue: “He’s gone and I’m sad. I haven’t stopped thinking about it. Just a sweetheart.”

He said about Hawkins watching Grohl perform live on the show in 1998, “You could tell he was looking at Dave like a true fan … Not everyone could sit there next to Dave Grohl and say, ‘You know what, I’m happy for Dave, and his talents, and the way he writes a song, and I’m just happy to be a part of it.”

Fans on the Foo Fighters subreddit would continue to pour in their tributes in regards to Hawkins. Reddit user Mell1313 would proclaim: I’ve loved this band for years. 57 years old and was going to see them for the first time this summer. I was crazy excited. I watched the Alanis special on HBO and this guy just oozed goofy charm and charisma. Then he sat down behind the drum kit and the Rock God emerged. Jaw-dropping talent. Heartbroken for his wife and kids. Heartbroken for Dave and the band. They weren’t just colleagues, they were family.

While HostileArchitecture documented: “I met Taylor at random when he was walking down the street in Atlanta a few years ago. I said, Holy s***! Taylor Hawkins. And he smiled and shook my hand. I was like, F*** where’s my phone? Can I get a pic with you? And he said, “F*** your phone. Let’s have a moment. Me and you.” And we talked for 10 minutes in what felt like an eternity. The coolest cat ever. Just THE nicest guy.”