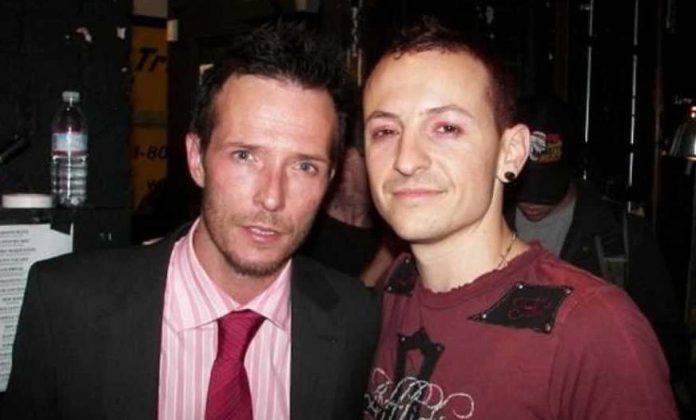 Brando: Scott [Weiland] even though it broke my heart, you knew he had problems. Did you expect anything like that with Chester [Bennington]?

Kushner: No, that was really, fucking super shocking. Like out of nowhere because we were working together with the cover band, thing. We were hanging out a lot and I – it was crazy because were talking that week and texting. I had known Chester was out of town and I had said: “Well let’s hang out” and Chester was like: “Yeah, I’ll be back on so and so days, we’ll hang out.” That was the last time that I talked to Chester Bennington, two days before he died. I remember that he seemed fine and that’s the thing with Chester, kind of the thing that came out of no where was that he seemed like he was okay. I’m not even gonna try and guess why he did what he did.

Kushner: You just never know, I don’t know – I really don’t. I remember I was with my family and we were driving home. I was driving, my kids were in the back and my wife said: “I just got a text from someone saying that I’m sorry to hear about Chester“. She’s like, texting them back, asking about what happened. We turned on KROQ and they said the thing on KROQ and for me I was just in shock. I couldn’t start emotionally reacting, I was just: “what the fuck?!”