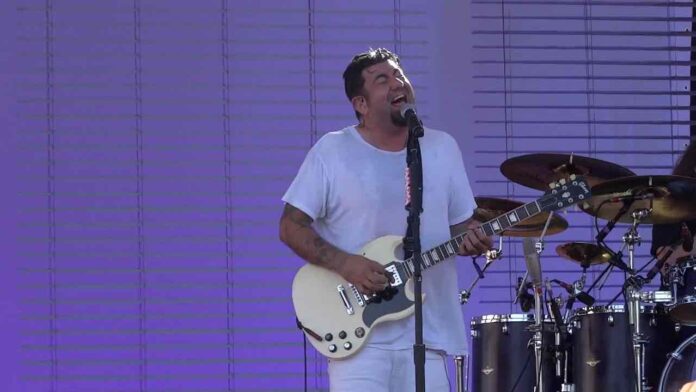 Deftones are finally back as they kick off their North American tour with Gojira after postponing the tour twice due to the pandemic. The tour was set to take place during Summer 2020 but was postponed to Summer 2021. It finally began in Portland, Oregon, on April 14.

Chino Moreno is the lead vocalist and contributing guitarist of Deftones. During one of their performances, fans noted that Moreno hasn’t been playing his guitar parts. Fans have been speculating that it could be because it has been quite some time since Deftones have played live, Moreno might be a little rough around the edges. Some suggested that it is difficult to both sing and play guitar, so it’s likely why the lead vocalist has stopped.

It’s also worth mentioning that Deftones recruited Marilyn Manson bassist Fred Sablan after Sergio Vega departed the band. Sablan made his debut for them on April 14 at the opening concert of the band’s tour at the Moda Center at the Rose Quarter in Portland, Oregon. A second guitarist also performed with the band, but the identity is unknown as of this writing.

Sablan toured and recorded with Marilyn Manson for four years from 2010 to 2014. It is clear that Moreno is more focused on singing for now. Speaking to Consequence in an interview, Moreno said that during Deftones’ rehearsals he already felt an emotional release. Moreno said that he is able to sing at top volume, scream, sweat, and move around and look at his bandmates’ faces while they’re playing their instruments. He said that he’s very lucky to be back at it again performing in front of fans for Deftones.