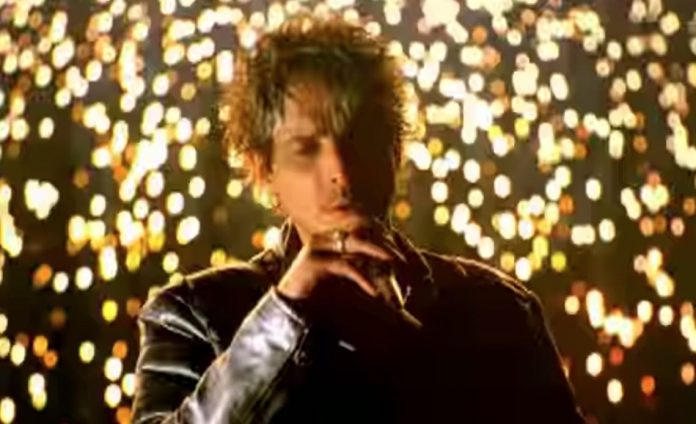 As we first reported a few days ago before removing our story, there is currently a legal battle in Palm Beach County, Florida regarding Chris Cornell’s estate.

The Blast and other outlets reported on the story today. Lily Cornell Silver is alleging than an Order of Child Support was entered in March 2004, which includes obligations to provide health insurance and related expenses along with post secondary education expenses. Susan Silver also has a claim regarding a Property Settlement Agreement, Record Agreement, and Co-Publishing Agreement.

Chris Cornell’s October 13, 2004 will is also featured in the documents for the case, with Vicky Cornell being personal representative of the Chris Cornell estate, as requested by her late husband. Vicky Cornell and the Cornell Family Trust are the sole beneficiaries of the Last Will and Testament of Christopher John Cornell. Cornell’s net worth at the time of the will was estimated to be $20 million. There is a document that claims that Lily is ‘provided for.’

Vicky has filed objections to the claims by Lily Cornell Silver and Susan Silver. TMZ are reporting details about an alleged email in relation to the case between Lily and Vicky Cornell, though it’s important to note that Lily Cornell Silver hasn’t responded to the email report, though she did deny recently that she ‘dropped out’ of college, saying that she is taking time off.

Sources connected to the Cornell family tell TMZ, Lily enrolled in a California college last year and the trust paid her $21,000 tuition for each semester. We’re told after the first week of instruction in the second semester, Lily dropped out. Our sources say a rep for Lily sent an email to the trust in March — we’re told a contentious email — making sure payment was made. The trust, which is administered by Chris’ widow, Vicky, made a call to the school and found out she had dropped out.

Our sources say the trustee is not demanding that the tuition money be returned, but their position is that there will be no more payments until there’s proof Lily is back in school. If the school ended up giving a refund for the semester Lily dropped out, that money would go directly to her, and if that happens we’re told the trust would deduct that amount from future tuition expenses.

The probate judge has yet to rule. We reached out to Lily’s lawyers but have not heard back.

Lily Cornell Silver recently addressed her decision to take a semester off from college, Yahoo reported. It’s been an emotional time for Chris Cornell’s family, friends, and bandmates since he died by suicide in May 2017, with tension amongst many left behind. Lily addressed those who criticized her decision in the Instagram story post.

“I didn’t ‘drop out of college,’” wrote Silver, that daughter of Cornell and Susan Silver, “although it shouldn’t matter if I did.” Instead, “I took a temporary leave of absence to tend to my mental and emotional health, which was in part damaged by those who are gossiping about me,” she wrote.

Lily added, “Shaming anyone for deciding to postpone [their] education in order to take care of themselves — which should always be the first priority — is cruel and a huge part of the reason why mental health continues to be a worldwide issue and is so stigmatized.”

This is a tough story to cover and we don’t take sides, I feel sympathy for everybody involved. I know there was criticism over my decision to pull the story a few days ago, and there are many reasons why in the past and present we’ve backed off certain stories, and they may not always fit some people’s narratives. I’m not on a ‘side’ in this story, these are all people that I feel sympathy for.

The only opinion I’ve ever shared in Alternative Nation’s coverage is that I’m not a fan of anybody in the Cornell extended family being attacked on social media, may it be Vicky Cornell, Peter Cornell, Lily Cornell Silver, Toni Cornell, or Susan Silver. I definitely can relate to Lily need to take time off school to deal with personal issues, I’ve dealt with that myself. 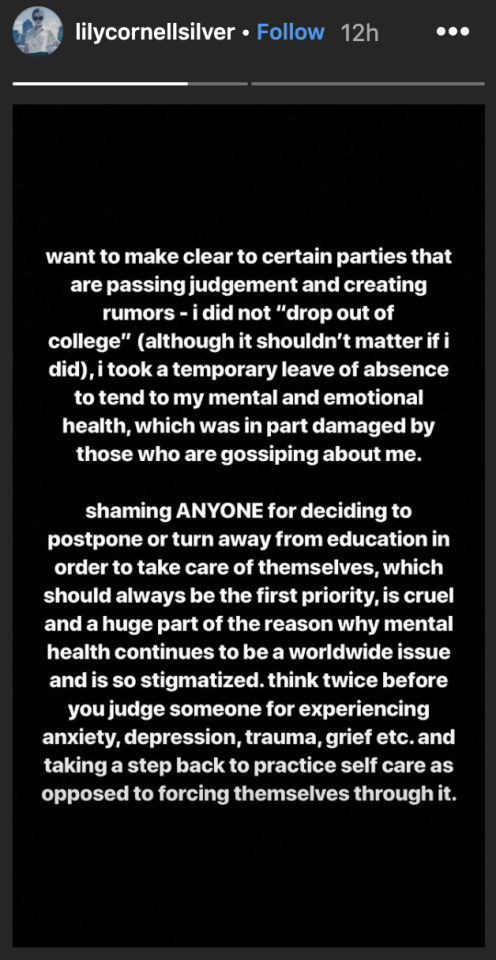 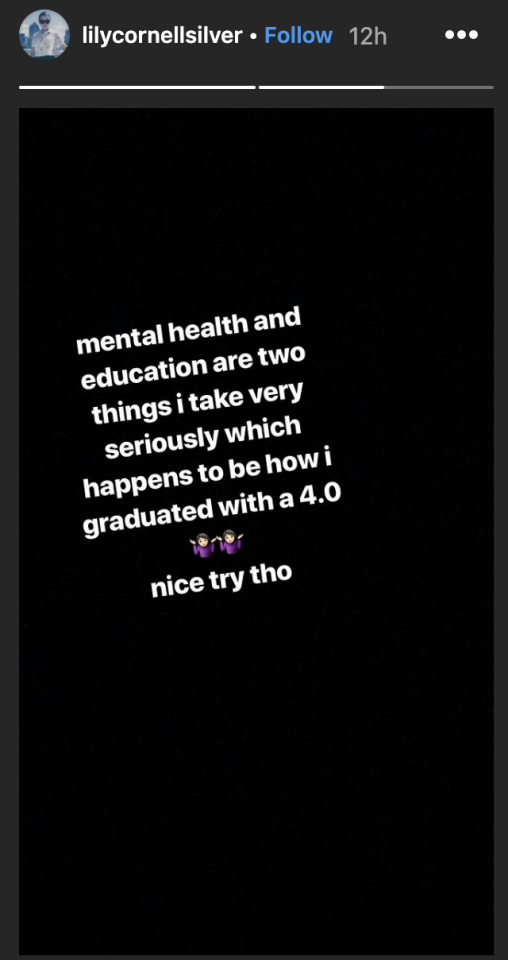