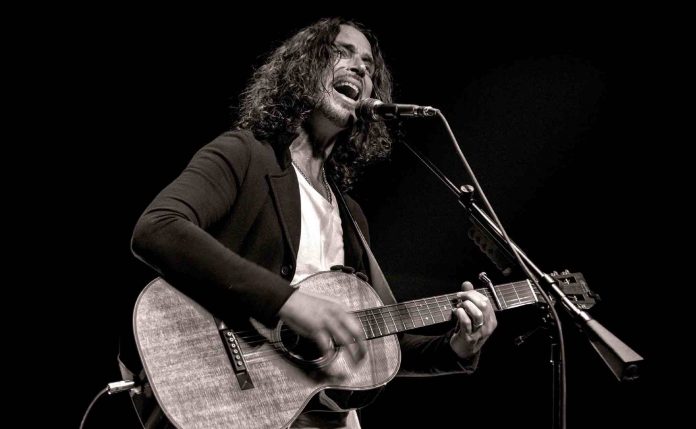 The late Soundgarden frontman Chris Cornell had joined The Police frontman Sting five years back. It was in a private fundraising event and it was done to raise money for EB research. The pair performed together at the Epidermolysis Bullosa Medical Research Foundation’s ROCK4EB! event in Malibu. Introduced by Brad Pitt, they played a few songs including the Police’s ‘Every Breath You Take,’ Soundgarden’s ‘Black Hole Sun,’ and Audioslave’s ‘Like A Stone.’ Previously it was noted how Chris Cornell Jr. was spotted recording with a big name.

Chris Cornell fans were delighted to see the legend back in the day at the performance, and once again a never before seen video clip from the show was posted on social media. Cornell’s official Instagram account also posted the video clip from the event and it saw him playing ‘Can’t Change Me’ from Cornell’s first studio album ‘Euphoria Morning,’ which released back in 1999.

The lead single “Can’t Change Me” was nominated for a Grammy Award for Best Male Rock Vocal Performance at the 2000 Grammy Awards. On August 14, 2015, the album was re-released on CD and vinyl with the title Euphoria Mourning, with Cornell stating in the press release that he had originally intended the album to be called that.

“Sneaked a pic – my babies all grown up working on songs together” she captioned the post.

Toni has already become quite famous for her singing skills. In 2018, she shared a cover of Prince and Sinead O’Connor’s “Nothing Compares 2 U,” which she recorded with her dad when she was 12 years old. Last month, she performed the song on The Tonight Show Starring Jimmy Fallon.

Toni and Chris’ “Nothing Compares 2 U” is up for a Grammy in the Best Rock Performance category, and her dad’s first posthumous album No One Sings Like You Anymore Vol. 1 is nominated for Best Rock Album. The award show was supposed to air at the end of the month but has been delayed due to the recent virus surge. Christopher also liked to play music with his dad. In November, Vicky shared an adorable throwback photo of the duo jamming out on guitars when Christopher was just nine years old.