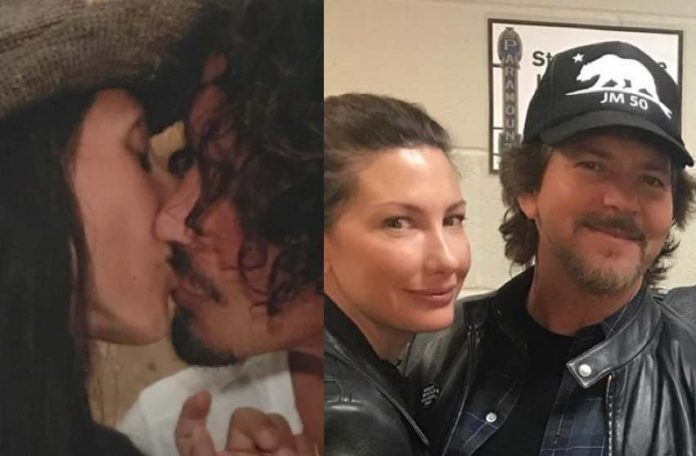 Eddie Vedder‘s wife Jill Vedder recently posted a video on Instagram of Cher’s “Gypsies, Tramps & Thieves.” She wrote, “#mood for some reason I can not get this song out of my head.” Pearl Jam and Soundgarden drummer Matt Cameron commented with a crying laughing emoji.

Chris Cornell’s widow Vicky Cornell has now written about the Cher song on her Instagram story just a few days later, stating, “It’s been said that I don’t know much about music, but I do know that ‘Gypsys, Tramps & Thieves’ is about an innocent woman and her family being treated like garbage by hypocritical men. #PerfectSong #SoClever.” They next post in her story said, “They fear you. They’re afraid of women who refuse to sit quietly when force-fed a bunch of bullshit. They fear strong women, and so they call them bitches, as if strength is an issue.”

She then posted a quote by Gandhi that said, “I will not let anyone walk through my mind with their dirty feet.” She followed that post with the hashtag, “#chriscornellforever.” Matt Cameron posted a Gandhi quote last week after news of Vicky Cornell’s lawsuit against Soundgarden, “First they ignore you, then they laugh at you, then they fight you, then you win.” Chris Cornell’s daughter Toni trashed Jill Vedder in the comments of Cameron’s Instagram posts after she left a comment.

She also appeared to address Matt Cameron’s claim that Vicky has control of the Soundgarden Instagram page, and that he has been blocked by the official Chris Cornell Instagram. She said, “In order for one to be ‘locked out’ implies one would have had to be ‘in’ in the first place…which was not the case all these years – either didn’t care enough to bother or trusted the process as they certainly pushed like on all the posts. #neverlocked and certainly #neverblocked because #istandwithsoundgarden #chriscornellissoundgarden FOREVER. The voice of a generation and an artist for all time….”

Vicky wrote about her charitable work a week ago as well, “Happy #GivingTuesday!
On this global day of giving, on behalf of my husband and our foundation we’re proud to stand with refugees & @RESCUEorg – giving families a sense of home—no matter where they are.
Help us #keepthepromise for #chriscornell #RefugeesWelcome: rescue.org/reasonstogive #thechrisandvickycornellfoundation #standwithrefugees.”