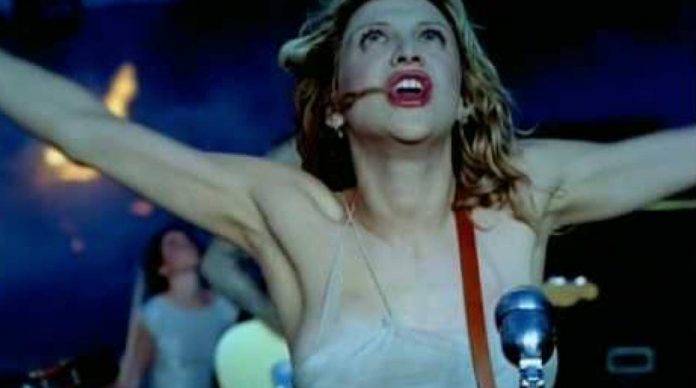 Courtney Love is seemingly not amused with Tesla CEO Elon Musk’s mean reply to the Vermont senator. The ’90s music Twitter rebuked him in a deleted Tweet.

Courtney fires back at Elon Musk for rude comments on Twitter

According to Love, she was bcc’d on Musk’s “str8, male, PayPal mafia email group” for months. “With that information in mind, don’t you think in a ‘civilized society’ one should embrace paying our fair share of tax?” she tweeted on Thursday. She attached a screengrab of Musk’s November 14th reply to Sanders’ tweet that asserted, “We must demand that the extremely wealthy pay their fair share. Period.”

Musk apparently expressed his displeasure and sent out a Tweet to the 80-year-old senator: “I keep forgetting you’re still alive.”

Love expressed her anger and wrote “Don’t pick on Bernie. It’s Kendall Roy shit,” as she instructed him, adding the name of the erstwhile Number One Boy from the HBO drama Succession.

The eagle-eyed fans were waiting for Love to spill the tea (she even put a teapot emoji in the tweet) on what was actually in those emails from the str8, male, PayPal mafia, but its collective hopes were dashed when she later tweeted she was a “GOOD Queen,” noting that capitalism and the American dream had been good to Musk, and he should be good to it in return by paying taxes.

Love raised an issue that Musk himself has mulled to his 65 million followers: how much he does or doesn’t pay in taxes. Musk has been a vocal critic of a proposal to tax unrealized gains on publicly traded assets for some of the wealthiest Americans and said in a tweet thread last month that the only way for him “to pay taxes personally is to sell stock.”

Musk has not replied publicly to Love yet and we will have to see if he decides to respond.